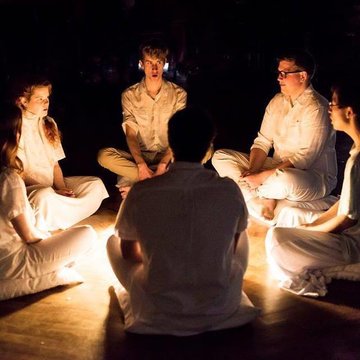 About The Facade Ensemble

Specialising in 20th century chamber music, The Facade Ensemble was founded in 2011 by Benedict Collins Rice from the finest singers and instrumentalists at Cambridge University. The group has since developed as a dynamic collective of young professionals with a reputation for bringing a 'liberal seasoning of vivacity and wit' to their performances. Whilst the ensemble has a core of eight or so musicians, one of its strengths is its versatility. From Maxwell Davies to Miles Davis, concerts provide engaging programming - often involving dramatic elements and the juxtaposition of musics old and new. Recent highlights include touring a programme of Second Viennese chamber music to The Sheldonian, Cadogan Hall and West Road Concert Hall with Odradek Records; a UK tour of Part's Passio and a sell-out rendition of Stockhausen's Stimmung.

The group gave a first-rate account, [with] a liberal seasoning of vivacity and wit.

Contemporary classical ensembles in the UK