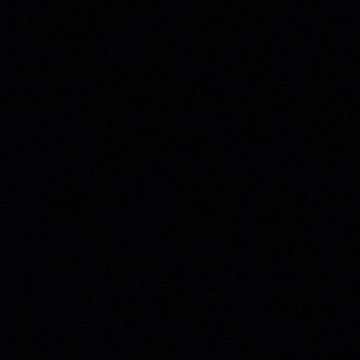 Check availability and get a free quote now - no commitment to book
From£180
About Eric
Reviews
Home page
Eric Brookes
Like Eric?

In Eric’s orchestral experience he has worked with conductors Alpesh Chauhan, Michael Seal, Edward Gardner, Andrew Litton, Ilan Volkov and Stuart Stratford; he has worked with Birmingham Opera Company in the offstage banda for their production of Mussorgsky’s Khovanshchina in May 2014 and at the Birmingham Repertory Theatre playing on the highly successful run of The Lion, The Witch and The Wardrobe over winter 2015/16. In autumn 2016, with Thumb contemporary music ensemble, he was a part of the premier performances of the late Stuart Stevens’ “All About And To A Female Artist” about the writer Shelagh Delaney, in 31 equal-tone temperament at Salford Arts Theatre and Media City in Salford. Recent orchestra highlights include Mahler’s Symphony No. 5 and Wagner’s Das Rheingold in his capacity as principal trumpet with the Birmingham Philharmonic Orchestra at the Elgar Music Hall and Symphony Hall, Birmingham. In November 2015 Eric performed Joseph Haydn's Trumpet Concerto with Solihull Symphony Orchestra and again with the Telford Orchestra in April 2016. As a soloist in the past he has given a public recital in Solihull with the pianist Charles Matthews, and performances of Vivaldi’s Concerto for two trumpets with Leeds College of Music Baroque Ensemble, Copland’s Quiet City and Shostakovich’s Piano Concerto No.1 for piano and trumpet with the Bournville String Orchestra, as well as a number of competition finals at Birmingham Conservatoire and wedding ceremonies around the UK. He has been awarded the Joseph Stones Scholarship Prize 2011, the Fred and Ethel Tolson Memorial Prize for Brass Performance 2012 both at LCoM and the Birmingham Conservatoire Brass Prize 2014. Summer 2020 sees Eric immensely excited to perform Edward Gregson’s Trumpet Concerto with the Sinfonia of Birmingham and the Arutunian Trumpet Concerto with Enigma Brass Ensemble. Eric regularly works with the Central England Camerata, more recently playing on their May 2019 recording of Andrew Downes’ Celtic Rhapsody. His freelance catalogue also includes St Cecilia Orchestra and Orchestra Pro Musica in Yorkshire, as well as Meridian Sinfonia, Queen’s Park Sinfonia, Regency Sinfonia, Southern Sinfonia and Harrow Choral Society Sinfonia. A versatile performer, Eric has previously appeared on UK tour dates for what was Let’s Hang On, a show celebrating Franki Valli, and in Easter 2020 will start touring with the Johnny Cash Roadshow. Elsewhere outside of the classical orchestra realm, Eric’s musical theatre repertoire features Hairspray, Little Shop of Horrors, Flashdance, Sweeney Todd, 42nd Street, Disco Inferno and Big. Eric graduated with a BA (Hons) in Music from Leeds College of Music studying with David Hooper and Murray Greig and a postgraduate diploma with distinction in instrumental performance from Birmingham Conservatoire; he studied with Jonathan Holland and Alan Thomas. Eric’s study was supported generously by the Knowle Hill School Fund and Birmingham Conservatoire.

Eric was amazing: he played a number of challenging pieces exquisitely at our wedding, duetting with an organist whom he had only met that morning. He was a composite professional who put us at ease: in all our contact with him, he was courteous, obliging and most helpful. We couldn't recommend him highly enough.

Eric performed several classical pieces of music at our wedding that we personally requested. He provided a nice touch to help make it a beautiful ceremony and my only regret is not giving him a tip because the events of the day moved so fast I simply forgot. We would strongly recommend him for any event.