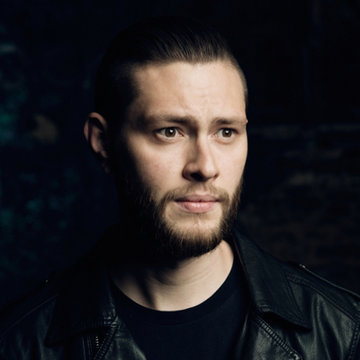 I'm Luke - a professional drummer with a mighty appetite for music. If you need drums in the studio or on the stage I'll bring the thunder!

Here's how I can help: - Session recording: Awesome drum tracks from my home studio. - Live performance: Need a drummer for a gig? - Tutoring: Achieve your goals with drum lessons for all abilities. - Servicing: Taking the hassle out of tuning drums. - Audio, Video & Graphics: Record a song, shoot a video and design a logo. And why you might hire me: As a live performance artist, I have hundreds of hours of international touring experience from venues like the O2 Arena in London and the Bus Palladium in Paris to festivals such as Bloodstock and Lakefest in the UK and Summer Breeze in Germany. My studio recordings have been released worldwide with a variety of artists but most notably Fire Red Empress, who have been featured in Classic Rock, Kerrang and Metal Hammer magazines and played on BBC Radio 1, Planet Rock, Kerrang and Scuzz TV. Through my professional function band The Groovy Cats, I have become well-accustomed to working closely with corporate clients to ensure the smooth running of their events, including live broadcast television for the BBC and Children In Need; formal gatherings for Rotary International and the Royal Air Force; holiday entertainment for Butlins and Parkdean Resorts; and many other special occasions in bars, hotels, wedding venues and even ski resorts across Europe. As an educator I began by volunteering for The University of Sheffield Students Union Drummer Society, which I founded in 2005. After graduating I moved back home to Shropshire and I continue to teach students of all ages.

I always try my best to be flexible to help ensure everything goes as smoothly as possible so if timings change slightly just let me know.

It usually takes between half an hour and an hour for me to set up.

Yes, I bring all my own equipment including the drum kit, microphones and cables.

With enough notice I'm happy to learn songs before an event.

Standard Prices
All prices include:All necessary equipment and transport.
Packages
Remote Recording
Multi-track drums that will help your song stand out from the crowd.
£80

Luke is a fantstic drummer combining great technique with real feel and he always knows what is right for the song. Top guy too with a great attitude!

Luke is a very committed and talented drummer able to play many kinds of music styles. He really has an eye (ear) for detail and great ideas. He definitely knows how to mix professionalism and fun! It's a pleasure to work with him and if you need not a good but a HIGH LEVEL result, you're on the right page!

Brilliant drummer and a top bloke too! I was looking to add a real drum sound to my tracks as I both dislike programming and coming up with decent drum grooves, not being a drummer by trade. I sent over the tracks with minimal notes and before I knew it they were returned. Needless to say It was worth every penny. If it's rock/metal drumming your after Luke is your guy. Highly recommended.

Luke is an outstanding drummer capable of producing great drum tracks across a wide range of genres. He will work with you to create exactly what you are looking for – he has a real ear for quality and detail. Friendly and efficient!

Another great session/collaboration with Luke. Being a huge fan of rock and metal drummers, Luke’s playing really hits home with me. Give him a try!

Awesome drummer! Couldn't ask for a better job:) Certainly going to contact Luke in the future!

Very professional, knew what I wanted and played what the song called for. Will definitely work with Luke again. Pain free, awesome drums! Recommended!

A truly amazing and talented drummer, as well as a nice guy. Great communication with a friendly manner.

Luke was great to work with and did everything he promised he would and more! This was a really excellent experience!