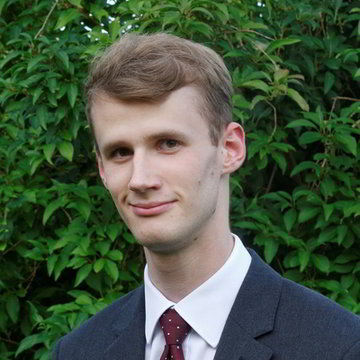 Check availability and get a free quote now - no commitment to book
About Dan
Home page
Dan Mathieson
Like Dan?

Daniel Mathieson began his musical studies as a chorister, clarinettist and pianist. He took up the organ in 2010 and was admitted to Worcester College, Oxford, with an Organ Scholarship starting in 2014. As Organ Scholar he was involved with the direction and accompaniment of services, concerts and tours, alongside training the choristers of the boys’ choir in conjunction with the other Organ Scholars and Director of Chapel Music. In September 2017 he took up the position of Organ Scholar at Salisbury Cathedral, having graduated from Oxford with a first-class honours degree in Music. His work has included solo recitals at the chapels of Merton, Keble, Exeter and The Queen’s Colleges, Oxford, as well as recitals for the Three Choirs Festival (2016) and the Buxton Festival (2017). Whilst at Oxford he also worked for the Music Faculty as Betts Undergraduate Organ Scholar, co-ordinating masterclasses with visiting organists, and deputised as organist for the choir of Wadham College, Oxford on their tours to the USA and Germany. He is currently taught by William Whitehead, having previously studied with David Pipe, and is a triple-prizewinning Associate of the Royal College of Organists.