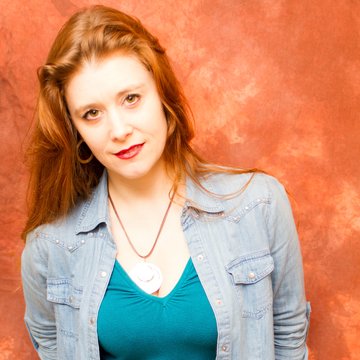 Yve Mary grew up singing in a trio from aged eight through to earning her self a BA Hons in Performance Arts Studies along with Vocal Performance Technology and Dynamic Yoga mixing into her stride she grew up and into different facets and styles of music which has given breadth to her natural and nurtured ability to work with almost any genre in session recording and live performances. Her professionalism in the studio and live has given her the opportunity to work alongside well seasoned musicians in the rhythm & blues, country, gospel, folk, jazz soul, funk, rock, indie, musical, pop, classical, dance, reggae ska genres. She has won hearts at The Bluebird Cafe Nashville across the skyline to the Royal Festival Hall in London. She has also attributed a cancan dancing achievement to her resume with starring in a féw independent short movies. Yve loves Nature

I can't say enough good things about Yvette. I gave her an open brief on a very technically challenging song I have written and she made the part her own. The whole song was recorded perfectly in one three hour session. Very happy with the results.

Verified
Steve B, 3 years ago

We booked Yve for our surprise wedding reception so had some slightly odd requests for her - as she sandwiched our 'guess what we actually did today' video. Yve was incredibly easy to contact and book and took our request in her stride. She is an incredibly talented professional and we - and our guests - loved her eclectic set. We would definitely recommend Yve Mary B and are so glad we found her - thank you Yve! (10 / 10) Steve Brigden

Yve Mary B is one of the loveliest people I know and also incredibly talented and hardworking, a natural artist, so I was delighted when I saw she had the proper album launch for High on a Mountain that she so richly deserved at Norwich Arts Centre. Joined onstage on the night by a whole host of musician friends it was a beautiful evening of positive, friendly vibes and great music.

"Yve's wonder voice and enchanting songs capture the mood and lifts everyones hearts. Catch her when she's in your area you will be captivated." 10/10

Yve has just created something here very unique, honest and wonderful.......Hey, big record/PR folks it’s your time now, as is Yves and ‘High on a Mountain’, undoubtedly the Gypsy Candlestick Queen of Norfolk . . . no hype is needed, honest, trust me . . . Review of the Album High on a Mountain – Yve Mary B: TREV TURLEY...

Highlights for me include the single 'An Eye For An Eye' a duet with local talented songstress Yve Mary B.

Singers in the UK
Singers in Norwich
Singers in King's Lynn
Singers in Lowestoft
Singers in Suffolk
Singers in Ely
Customer Service
Discover
Company
As seen on
© Encore Technologies, Ltd.
Crafted with bagels and in London