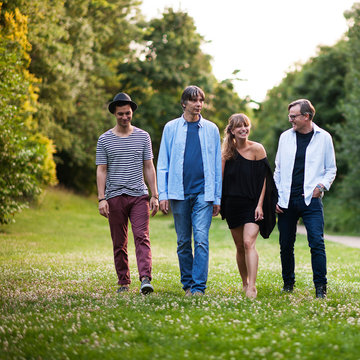 Wilford Social is Mark Wilkins (guitar and vocals), Bethie Hungerford (vocals), Andre Roese (bass), and Carlos Basilico (cajon and drums). Mark’s musical background is in the rock and indie scene where he has played in bands at London’s dirtiest live venues. Bethie is from the other side of the musical tracks, where she trained as a classical singer specialising in Renaissance and Early Baroque music. Mark and Bethie have found a middle ground in writing and playing acoustic, harmony-driven songs which draw from a shared love of the singer-songwriter tradition. Wilford Social’s music has been described as “indie-folk” and a modern acoustic version of Fleetwood Mac. A debut album of original songs is on its way.

They were fantastic! My guests loved them!