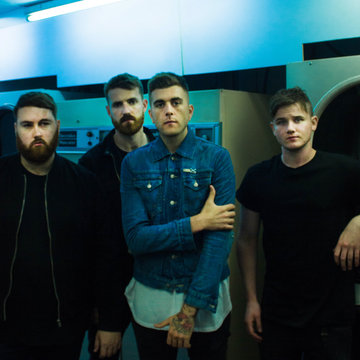 We Came From Wolves

About We Came From Wolves

Since their inception in 2011, WE CAME FROM WOLVES have toured the UK six times and Europe twice, including a thirty date run of the O2 Academy circuit and a selection of some of the best small venues in the UK. They have supported and toured with a plethora of rock luminaries including; AND SO I WATCH YOU FROM AFAR, FRIGHTENED RABBIT, THE XCERTS and THE LAFONTAINES, played several of the biggest venues in Scotland, including Oran Mor, Perth Concert Hall, The Garage Glasgow, a sold out O2 ABC2 and three sold out nights at King Tut's. All three singles from their debut EP "Cope" secured national airplay on BBC Radio One’s Introducing, amongst other domestic and international stations. Their second EP, "Paradise Place", received strong industry support from Rock Sound, BBC Radio 1’s Vic Galloway, XFM’s Jim Gellatly and The Skinny, which led to the band's first appearances at T in the Park and Wickerman Festival in July 2014, followed by their television debut with a performance on STV and an invitation to perform at Waves Festival in Slovakia & Austria. The band finished 2014 recording their debut album with Bruce Rintoul (FATHERSON/TWIN ATLANTIC) and in early 2015 they released the record to critical acclaim earning support from major industry players including Rocksound, Kerrang!, Team Rock, BBC Scotland and a host of online & print publications. Following a heavy touring schedule to promote the album and single releases, the band ended the year in emphatic fashion by winning the Scottish Alternative Music Award for 'Best Rock", voted for by the cream of the Scottish music industry. 2016 has seen the continuation of promotion for their debut record with a fourth single release, tour of the Scottish highlands and live session with BBC Scotland already under their belt within the first four months. The bands plans for the rest of the year are focussed around more touring and single/video releases whilst working on a follow up to their debut record with a third EP, to be recorded late this summer, before releasing this and promoting their work with as many shows as possible, whilst continuing to build buzz ahead of the heavily anticipated second album in early 2017.

Everything you could want from emotional Scottish rock

A debut album with so many original, radio-friendly songs that instantly lodge in the brain

A slick and consistently catchy collection of anthemic pop-rock songs

One of the most exciting bands in Scotland at the moment; brimming with hooks, riffs and massive sing-along lyrics

A debut of the highest standard, We Came From Wolves are set to explode into the rock mainstream

Heavy, catchy, We Came From Wolves are set for a big year

Scotland A, 5 years ago

From start to finish it is an outstanding piece of music

Read all 7 reviews
Company
Discover
Download
Join us on
© Encore Technologies, Ltd.
Crafted with bagels and in London