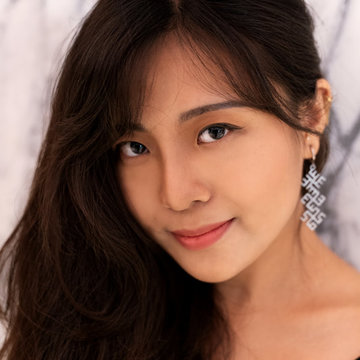 London soprano, graduate of the Royal Academy of Music and Guildhall School of Music and Drama. Student of Yvonne Kenny and Jennifer Dakin.
3 of 7 photos
Singer (soprano)
London

Victoria Songwei Li is a London-based Singaporean soprano. She began her musical education as a pianist and violinist from a young age. Victoria was the Leverhulme Arts Scholar and William Ganz Vocal Scholar during her postgraduate studies at the Guildhall School of Music and Drama, studying with Yvonne Kenny. She obtained her Bachelors of Music (Honours) from the Royal Academy of Music in London under the tutelage of soprano Jennifer Dakin, and Mary Hill. Victoria was awarded the Royal Academy of Music Clifton Prize for Singing and the Guildhall Concert Recital Diploma for outstanding achievements in her Final Recitals in both conservatoires. She is also the recipient of a UK Exception Talent Visa. Victoria started singing lessons at the age of 17 in Singapore with Korean soprano Jeong AeRee, and made her operatic debut as Giannetta with New Opera Singapore in their 2012 production of Donizetti's L'elisir d'amore. Since then, opera roles have included Tytania in A Midsummer Night’s Dream (Britten), Blanche in Les Dialogue des Carmélites (Poulenc) 2018, Poppea in L'incoronazione di Poppea (Monteverdi) 2017 and Cupidon in Orpheus in the Underworld (Offenbach) 2016 with New Opera Singapore, Cricket and Pepik (cover) in The Cunning Little Vixen (Janacek) as well as the Soprano solo in Riders to the Sea (Vaughan- Williams) in 2015 with the British Youth Opera, and First Singing Apple (cover) in Jonathan Dove's The Little Green Swallow also with the British Youth Opera in 2014, as well as being in the chorus of the world premiere of John Sharpley's political opera Fences in 2012. She also sang in the chorus of Royal Academy Opera's Suor Angelica (Puccini) in 2014. In scenes, she has sung the roles of Marie (La Fille du Regiment), Despina (Cosi fan tutte), Sandrina (La Finta Giardiniera), Susanna (Le Nozze di Figaro), Zerlina (Don Giovanni), 2nd Lady (Die Zauberflote), Virtu (L'incoronazione di Poppea), and Echo (Ariadne auf Naxos). Opera aside, Victoria is a keen song performer, and has performed song recitals in the Barbican Hall, Wigmore Hall, and sang a recital of Russian songs at the LSO St. Luke's. She was a part of the Royal Academy of Music/Kohn Foundation Bach Cantata series in November 2014. In 2019, Victoria was awarded First Prize and the Osaka Governor Award at the 20th International Osaka Music Competition in Japan. Victoria was also a finalist in the 2016 Singapore Lyric Opera - ASEAN Competition, and a semi-finalist in the VII Concurso Internacional de Canto Alfredo Kraus, the Jack Donnelly National Mozart Singing Competition 2017 and the Royal Over-Seas League Annual Music Competition 2018. Victoria has also performed as the soprano soloist with the Los Angeles Philharmonic under the baton of Gustavo Dudamel in their European tour. She also performed as a soprano soloist in Handel and Buxtehude Cantatas at the London Handel Festival with the Guildhall Cantata Ensemble conducted by James Johnstone. Victoria has also recently made her debut with the Singapore Symphony Orchestra earlier this year. ​In masterclasses, Victoria has had the opportunity to work with Dame Sarah Connolly, Edith Wiens, Dennis O'Neill and Susan Bullock. Victoria has been generously supported by The Leverhulme Trust, the Guildhall Trust, William Ganz Scholarship, Hamish Dyer Young Musicians' Scholarship, and the Countess of Munster Musical Trust Derek Butler Award.

“Soprano Victoria Songwei Li, returning from last year's triumph in Poulenc's Dialogues Of The Carmelites, was just as stunning in the coloratura role of Tytania. The range and agility of her voice were matched by an alluring physical presence that was hard to ignore.” - The Straits Times review of A Midsummer Night’s Dream (Britten) with New Opera Singapore 2019

“Victoria Songwei Li, on the other hand, was a perfectly feisty Fairy Queen. Both dramatically and vocally... Tytania was obviously the stronger partner in the marriage tonight. Li commanded the audience’s enraptured attention with an almost effortless grace and sensuality.” - Britten’s A Midsummer Night’s Dream with New Opera Singapore