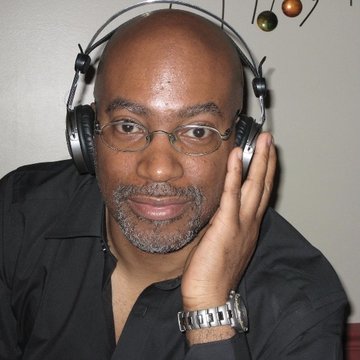 I have over 25 years of experience performing on the function band circuit, Currently with top London funk and soul band Unikque and The Vintage Sound Collective Band Producer and arranger of funk and soul music. Can produce for solo artists; Experience of live stage sound engineering, audio mixing; Currently, Skilled in Presonus Eco System using Studio One and Ableton Live mainly. People find me a little different. I have a unique style and feel in my playing since to mainly being self-taught. My main genres are Soul, Funk, Fusion, and Reggae. But can play pop and rock also when needed and have been doing this for a number of years. I started playing keyboards at 21 years of age; yes extremely late, but I was a Soul and Reggae DJ years before. I always wanted to play an instrument during my DJ days and finally purchased a Yahama PSR series keyboard to practice with at home. And then practiced translating songs using just my ear to learn music. After a year I was called up to join the band First Circle in 1986 after they were impressed with my one-man-band performance on the Yamaha PSR keyboard. During the years I played with different bands playing Motown, R&B, Reggae, and Chart music. I joined the band Unikque around 1992. We wrote and performed our own songs for a number of years and introduce covers playing funk, soul, and disco classics similar to "Too be Real" by Cheryl Lynn and "Boogie Oogie Oogie" by Taste of Honey. We are still playing together today. In 2016 I auditioned to play performed with The Vintage Sound Collective Band. This band performed classics like "Move on Up" by Curtis Mayfield, "I'm So Excited" by the Pointer Sisters to "Love Foolosophy" Jamiroquai, and "Uptown Funk" by Bruno Mars as an example. I'm currently still playing with this band. I'm always hungry for new projects. I can call up these bands anytime to do gigs or perform with much fewer members with the help of modern music technology. I have my own Pre Production Music Studio building songs from scratch and have audio mixing facilities. All my instruments and studio gear are at the pro level. Now we are moving away from government lockdown in the UK I'm looking forward to continuing what I love doing.

SAMPLE SONG LIST:
James Brown:
Sex Machine/I Feel Good
The JBs: Give Everything You Got
Chaka Khan: Ain’t Nobody
I’m Every Woman
George Benson: Give Me The Night
Taste Of Honey: Boogie Oogie Oogie
Teena Marie: Behind The Groove
Cheryl Lynn: To Be Real
Patrice Rushen: Forget Me Nots
Joselyn Brown: Somebody Else’s Guy
Stevie Wonder: Superstition
Tina Turner: Proud Mary
Aretha Franklyn: Respect
Natural Woman
Till You Come Back To Me
Brand New Heavies:
McFadden & Whitehead: Ain’t No Stopping Us Now
Have A Good Time
Midnight At The Oasis
Sister Sledge: We Are Family
Chic: Good Times
Brothers Johnson: Stomp
Patti Labelle: Lady Marmalade
Get Down on it
Lost in Music
Don't Stop Until you get Enough
All This love that I'm Giving
Love Foolosophy
Signed Sealed and Delivered
Jackson Five: I Want You Back
Disco Inferno
I'm So Excited
Uptown Funk
Long Train Running
Thinking of you
Superstition
Use Me
Master Blaster
Not that Kind
Bruno Mars; Treasure
Little L
Love Come Down
Rock Steady
You Got The Love
Shackles
Got to Have You Love

Victor performance with his band at the Our Wokingham Festival on 29/08/2021 was impeccable and professional. And helped create an enjoyable evening for all at the venue.