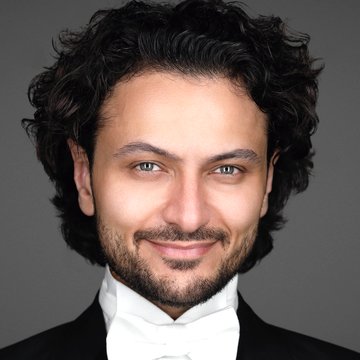 Please look at my reviews

I always try my best to be flexible to help ensure your event runs as smoothly as possible. If timings change slightly in the run up to the event you need to let me know latest week before the event

Normally, clients provide venue with their own equipment. PA system with microphone for my performance can be provided for additional charge

From time to time, I do this. It should be discussed latest two weeks before the event

Standard Prices
All prices include:Price will be higher if you are outside London and I need to travel
Vasili

Fantastic singer and person. Very professional but also very kind. A truly dreamy evening for all our customers and ourselves.

JT
John B
4 years ago

Absolutely phenomenal. Vasili is an amazingly talented operatic Tenor (I have a background in classical music myself therefore should be in a good place to make that call). He is also a consummate professional and an absolute pleasure to deal with from start to finish with the booking process. Impeccable manners, smart and en pointe throughout! Vasili is a star!!

AW
Andy W
9 months ago, for a Private event in London

Simply extraordinary, from start to finish. Vasili patiently and proactively designed and supported an intricate event plan for maximum effect, and then delivered a stunning performance from the heart that will truly never be forgotten. A magical voice. Bravo and, for sure sometime in the future, we will ask for an encore.

AM
Annelise M
1 year ago, for a Birthday party in Letchworth Garden City SG6

Vasili was exceptional! I booked him for my mum’s surprise 70th Birthday. He was a complete professional and very personable from start to finish. He kept in touch along the way to make sure everything was perfect including the set list that mum would like and arrival and set up times. On the night his performance was outstanding and his voice just beautiful. The whole family felt that we were watching something incredibly special. The night has given us wonderful memories to treasure always. Thank you so much