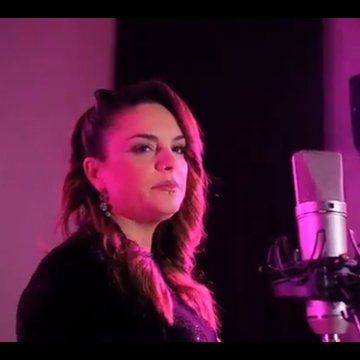 London based Valentina is a versatile singer, performing as a solo to backing track or as part of her upbeat acoustic duo with her guitarist. She can cover 70s, 80s, 90s, pop, disco, soul, reggae and motown. Born in Rome, Italy, she started her career at a very young age participating in different TV shows and touring and performing with her father’s band. Coming from a musical family she was always encouraged to study and improve, so she started with learning guitar, then bass, piano and drums. She wrote her first piece of music on guitar at age of 10 years old. She continues to work in the UK and in Italy with different bands, performing on TV shows and touring with artists all around the country as a lead and backing vocalist. She moved to London 9 years ago to further her career in music and work as a singer. She's also a songwriter-producer and a DJ. She now performs in famous venues in London as well as other countries collaborating with several international artists and producers.

Valentina is a superstar! We loved her performance and her duo provided the perfect upbeat party vibe for our event.

Valentina and her guitarist performed at our party over the weekend and had all our guests up on their feet and dancing. They were great and we'll be booking them again next year.

Valentina is such a versatile singer. We loved her mix of pop, Motown, soul and jazz, with lots of classic and modern songs we all knew. Thank you