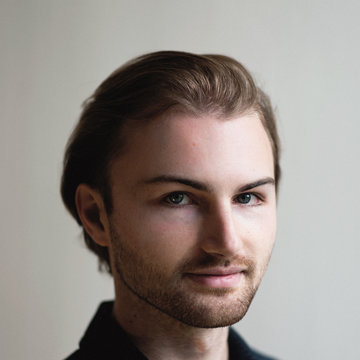 Check availability and get a free quote now - no commitment to book
From£180
About Tom
Home page
Tom Herring
Like Tom?
Watch & Listen

Tom Herring is currently a Choral Scholar at Merton College, Oxford, where he is an undergraduate reading for a degree in Music. He is an aspiring singer and choral conductor having been a Quirister of Winchester College (during which time he reached the final of BBC Radio 2 Young Chorister of the Year), and later a Music Scholar at the College, where he was a member of the chapel choir and close harmony group Cantores Episcopi. During term-time in Oxford, Tom sings at Merton College under the direction of Ben Nicholas and Peter Phillips as well as several other ensembles including Schola Cantorum of Oxford (of which he is a former chairman), Ensemble 45, and New Chamber Opera. He is the founder of Sansara – a chamber choir made up of some of the country’s best young singers – in which he both sings and conducts (www.sansarachoir.com). Tom has given a number of recitals in Oxford, including a performance of Schubert’s 'Winterreise', he has participated in masterclasses with Ann Murray and Susan Youens (Oxford Lieder Festival 2014), and is a frequent soloist in choral concerts (Faure 'Requiem', Bach 'St Matthew Passion'), recordings (The Choir of Merton College Oxford, The Henry Ley Singers) and services. He is the bass soloist on the recently released recording of Oliver Tarney's 'Magnificat' (Convivium Records) and will perform in the London premiere of the work at the Cadogan Hall in March 2016. Tom studies singing with Carys Lane in Oxford and Alex Ashworth at the Royal Academy of Music.