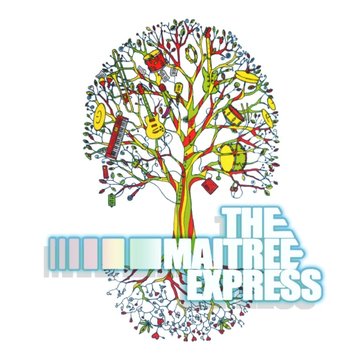 About The Maitree Express

Who are we? The Maitree Express are a 7-piece band from Bath that is fast developing a following for love of their original, soulful take on roots music, dub, ska, hip hop, swing and funky beats. The band’s sound appeals to audiences of all ages and backgrounds and their music never fails to get people dancing! What does our name mean? "The Maitree Express or Moitree Express is the name of the first modern international passenger train service connecting Bangladesh to the Indian state of West Bengal. The name Maitree Express means the Friendship Express, denoting the significance of the train service to the foreign relations between India and Bangladesh.” The Story So Far: The band formed in December 2014 simply to have some fun with friends. They were constantly asked at the rehearsal studio who they were, if they had any CDs and when they would next be performing - questions they simply couldn’t answer… As a result, the band realised they needed a name, a logo and some new recordings! In early 2015, the band recorded, mixed and mastered their first EP, entitled ‘Building Steam’, and chose to call themselves ‘The Maitree Express’. With a sense of mystery building between friends and close followers, the band launched their debut EP in June to a sell-out crowd. The reception was better than they could have ever imagined and became the catalyst for a summer of relentless bookings. By the end of 2015, The Maitree Express had played to thousands of people on Bath's biggest event stages and in iconic venues around the South West such as the Royal Parade Gardens, Queen Square, The Louisiana and many more, including clubs and bars up and down the UK. Along the way, they also headlined gigs for organisations such as Greenpeace and Oxfam. Since then, the band have played at iconic festivals including Afrofest, Kaya Festival, Calnefest, Boomtown, One Love Reggae Festival, Sunrise Celebration and Nozstock and supported a range of artists: Macka B & The Roots Ragga Band, Channel One Sound System, Jesse Royal, The Mouse Outfit, Mungo’s Hi Fi, The Majestic, Jenna & The G’s, Shanty, Sounds of Harlowe and Republica to name a few! With all the exposure that comes with regular gigging, the band have gained invaluable experience, enabling them to create a unique and lively live set. The fan base they’ve created in such a short period of time is a testament to their versatility and ability to appeal to a range of audiences and styles. As of spring 2018, the band have been busy finishing recording their debut album which features plenty of soulful dub infused reggae and ska music and is guaranteed to get people dancing! (Clips of this album can be provided upon request).

We primarily play original music but we also can do covers of songs by Stevie Wonder, Bob Marley, Kool And The Gang, etc.
Customer questions

We can be flexible so please ask us if you have any other requests.

We are always flexible as long as dates do not conflict with other bookings we have.

Yes we have professional DJs in the band so can do a DJ set or play from an ipod.

Yes! This is your event we can tailor it to suit you!

We can provide full PA if required, we can also supply lighting but please ask for this if it is required.

Yes we can learn covers and songs if given enough notice.

Standard Prices
7 musicians
All prices include:Monitors, amps and music equipment. Can provide a PA and mixer if needed but please message us first.

We asked legendary local band The Maitree Express to headline a Greenpeace themed live music event/ benefit gig. We were thrilled when they obliged and wow! What a performance! They delivered a knockout show and brought with them exactly the sort of excitement, fun, and energy that we wanted our event to convey. The full to capacity crowd loved them and the whole venue were on their feet dancing. Fantastic band, lots of fun, and ensured our event was a huge success! A massive thank you to The Maitree Express!

A great band with a unique sound