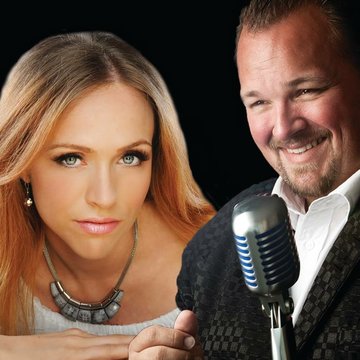 About The classical duo

Hayley and Ben are an award winning Classical Duo who will bring world class entertainment to your event. Played over 300+ events as a duo.
3 of 3 photos
Classical duo
Norwich
Public liability insurance of £10 million

HAYLEY & BEN - The Classical Duo After over just a year of performing together Hayley Moss & Ben Lake have become popularly known as 'The Classical Duo'. Both have been used to performing solo but after meeting they decided that they would team up and see what response they would get to becoming a possible duo. Since then with the help of singing at Norwich City Football Ground and busking in the City of Norwich the response has been overwhelming and the pair are now appearing at events throughout the country and overseas with many of their videos going viral. Whether it be a wedding, funeral, party, concert or corporate performance you can count on ‘The Classical Duo’ giving a world class performance at your event that will never be forgotten. Hayley (also known as Norfolks Street Soprano) started busking in the streets of Norwich back in the summer of 2015. With no former training Hayley was very anxious not knowing what response she would receive from the public when she first made her first attempt to busk. People stopped and within minutes Hayley had gathered a crowd from the public who were in awe of her heavenly notes echoing throughout the streets of Norwich. ​ Since then Hayleys' career has escalated and she has performed at Norwich Football Ground and also performed at the London Palladium as part of ITV's show 'Tonight at the London Palladium. BENJAMIN LAKE Ben Lake is an Award Winning West End and International Artist. Working globally for the last 20 years, including London's Phantom of the Opera and Jerry Springer the Opera, and with a recent appearance on BBC 1's 'The Voice', Lake has secured himself as one of "Britain's Best Classical Voices".

Thank you so much Hayley and Ben. Your performance was truly wonderful and my family haven’t stopped talking about you. Your performances during the ceremony and wedding breakfast were superb and we are so lucky to have had you perform for us on our special day.

Hi Ben, This is Camille. I just wanted to say a huge thank your performance today!! I was a bit under shock earlier so just needed to separately thank you properly. Your voices are really excellent and I loved your interpretation of the songs! Have already shared your website with two colleagues who got inspired by Jacobs idea :) All the best and than you again! Camille