The Parcel Of Rogues 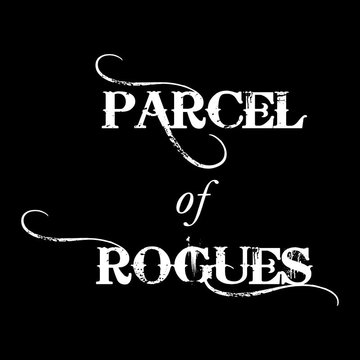 About The Parcel Of Rogues

THE PARCEL OF ROGUES are a 4-piece Folk Rock band playing an eclectic mix of folk, roots, and rock based music. The band consits of professional quality, experienced musicians who are no strangers to the pub, club and festival circuit. The repertoire is widely diverse, from driving foot stompers to slow atmospheric ballads, with a selection of traditional & Irish folk songs, plus a wide range in between! All performed with excellent musicianship, vocal harmonies and peppered with a great deal of fun, they are always well received by their audiences. The band likes to get the audience involved, singing & dancing, and are not a ‘finger in the ear’ type of band by any means! The most frequently heard comments about the band: "What a breath of fresh air these guys are - definitely not the same old, same-old!" THE PARCEL OF ROGUES CEILIDH BAND is a new combination of musicians who have worked together for many years in various other groups. Mel (guitar, mandolin), Huw (guitar), Catherine (flute, whistle), Phil (fiddle), Brian (bass), Stan (drums). Huw Chidgey joined the long established Parcel of Rogues band in 2016 and has added the folk element to a band which has entertained people at venues all over South Wales. Huw & Catherine Handley were together in a duo for 12 years, playing in folk clubs and festivals in the UK & europe. Huw & Mel are also together in the duo, Slipstone. Phil also plays with The Hairpin Bend Band which has included Huw and Mel in the past! Mel, Brian & Stan are also members of the rock rhythm & blues trio, The Crewzers.

Private booking, Aberdare. Everyone had a fabulous night in my mams 80th birthday party & thoroughly enjoyed the band, I will most certainly be recommending you. thank you so much!

Happy Henry's Round Britain Chalenge event. Fun and frolics last night at Cafe Cwtch in Aberdare with 'Parcel of Rogues' providing a grand Ceilidh. Thanks to everyone who came and helped the cause.

Festival Of The Celts, Llandovery. Epic!

Not your average pub band, these guys are a professional outfit!

This was it THE Highlight Of Brecon Fringe! This Band was completely Awsome. This is what Festivals want and should be about an eclectic mixture of folk rock with a brilliant band that could & should be on ALL of the festivals' bills throughout the country Keep it up Lads you were Brill!

Thank you for the music at La Luna. You helped to make the night special.