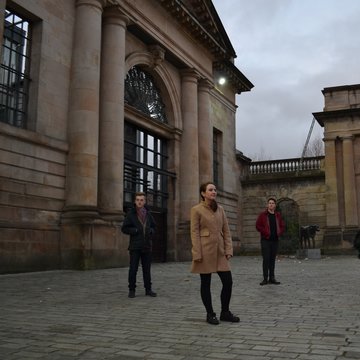 Check availability and get a free quote now - no commitment to book
From£640
Watch & Listen
About
Home page
The Hur
Like The Hur?
Watch & Listen
1 of 1 video

2 of 2 photos
Glasgow
The Hur are a five piece ensemble exploring the depths of the musical tradition of Scotland and Ireland.

They challenge the borders of musical fusion with energetic original songs and compositions along with innovative harmonies, improvisation and harsh contrasts. Two of the members are currently engrossed in the traditional music course and classical music course in the Royal Conservatoire where they hope to progress in their current careers, with another member having just graduated. The other two members have been involved in the music scene from a young age including work with pipe bands in Scotland (Inveraray and District) Comhaltas.and Fleadh's in Ireland. Newly formed in 2016, the band aspires to strive and impact the pulsating folk scene in Scotland. As a band we realise that the atmosphere is a main component for the gig being a great success, as a band we are lively, upbeat and thrive in keeping the audience on their toes and can guarantee a great night. The band have recently just finished recording tracks in Angus Lyons studio (granshousestudio). We have started of the year with great success after releasing our debut single and music video.