About The Cool Connection 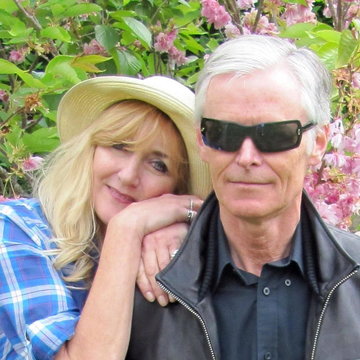 Since starting their musical partnership in 2006, singer Queenie and keyboard-player Ken have become well known on the Isle of Wight and South of England gigging circuit as The Cool Connection, playing their particular classy style of smooth jazz and blues, either as a duo or as a trio or four-piece with guest musicians. The Cool Connection are available for parties, functions, events and for hotel, pub and restaurant venues on the Isle of Wight and areas of Southern England. Sets are normally comprised mostly of covers of popular jazz / blues / latin / soul songs and can include classic pop and dance numbers when appropriate. 1940s sets are also performed at events themed on this era. Queenie and Ken started writing songs together around ten years ago, initially for use at their own gigs, later also for promotion within the music industry. One major success has been their song ‘Icon’, written for French recording artist Amanda Lear and released on her album ‘I Don’t Like Disco'. Amanda has subsequently recorded another of the duo's songs, 'Good To Be Bad', released on her 'Let Me Entertain You' album. They continue to promote their songs within the Music industry and have had several tracks shortlisted for possible use in upcoming US movie films. Some of their songs have been played on radio stations, including California-based Women Of Substance Radio, (WOS), Heat FM, (New York) and other stations in the UK, USA, Canada, Europe, Australia and Hong Kong. Recording has been a major feature of the musical partnership and there are a number of albums (covers or original songs) available for sale at gigs. Their albums 'Big Bad Cool' and 'Cool Grooves', as well as various singles, are available in digital stores.

A Night Like This
A Taste Of Honey
All Of Me
All Or Nothing At All
At Last
Autumn Leaves
Blue Skies
Careless Love
Come Away With Me
Come Fly With Me
Cry Me a River
Fly Me To The Moon
Hit The Road, Jack
I Can't Give You Anything But Love
I Get a Kick Out of You
It Don't Mean a Thing
It Had To be You
Just The Two Of Us
La Vie En Rose
Let There Be Love
Love Is a Losing Game
Love Me or Leave Me
Lovefool
Mack The Knife
Moondance
My Baby Just Cares For Me
Quando, Quando, Quando
Quiet Nights
Route 66
Smooth Operator
Stay With Me
That Man
That's Amore
The Girl From Ipanema
The Lady Is a Tramp
The Look Of Love
Too Marvellous For Words
Why Don't You Do Right?
Your Love Is King
around 200 songs incl blues, latin, contemporary jazz (Caro Emerald, Norah Jones etc.) and classic pop songs (+ our own originals)
Customer questions

We play mostly as a duo, (vocals / keys) but for parties / functions on the Isle of Wight we can add drummer and sax player if required.

We usually play our own tracks from an mp3 player during our interval, (if this suits the Client) .

Our set lists are crafted from many performances and learning what works well in the situation concerned. However, we're definitely happy to chat through and make sure we find what will suit your event.

Our PA and decorative lighting is included in your quote. If indoors during hours of darkness we will need our space to be sufficiently well - lit for us to perform. When playing as a duo, we usually require a minimum of 8' by 6' space to perform.

Certainly, providing sufficient time given (at least 3 - 4 weeks) and it's only one or two songs that are adaptable for our playing - style.

Dear Ken and Queenie, Thank you so much for your music last night! It was great to meet you both and we so much enjoyed your piano and singing. I’m just sorry that I didn’t forsee the loudness of the conversations which somewhat challenged your lovely music! But we were most appreciate and would love to have you back soon!

We first heard Cool Connection in May 2016 at the Piano Café in Freshwater and what had been a stressful day turned into a delightful evening with familiar and new songs and cool jazz piano performed with style, so much so that we have returned whenever we could to hear them play. We were impressed by their range and versatility and booked them to play at our wedding reception in May 2017. We were pleased when they asked us to supply them with a playlist of our favourite songs, which we and our guests enjoyed as much as we anticipated. 'Cool Connection' seems to us just the right name for them. Jane and Nick Wilde