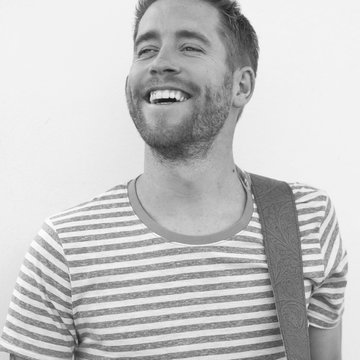 Professional Singer and Musician based in London with an extensive repertoire and over 15 years experience performing throughout the world.
3 of 9 photos
Singer
Surbiton
Public liability insurance of £10 million
Verified profile

Russ started singing at a very young age, at Karaoke Nights with his parents in Salisbury. He formed a couple of singing groups and bands in his early teens and started to make a name for himself locally as a playful and energetic performer. At the age of 16 Russ appeared on ITV's Stars In Their Eyes as Robbie Williams and after performing in the Live Grand Final he finished 2nd with over 130,000 public votes. Russ then went on to study music performance at College and then Music and Live Events Management at University. Since university Russ has fronted and managed one of the most successful Party Bands in the UK. Working throughout Europe at a number of large events including residencies in the French Alps and Ship Contracts with P&O and DFDS. Russ has fronted the band on a number of large scale events with thousands of people in attendance, sharing the stage with some notable acts including McFly, Lance Ellington, Lloyd Wade, Ella Eyre, Calvin Harris and Pendulum to name just a few... Russ has also fronted party bands on board Princess and P&O Cruise ships, where his extensive repertoire continued to grow, singing in various different styles and genres, Russ has become a hugely versatile singer and performer, entertaining guests from a range of different cultures. In January 2017 Russ moved to London, and has quickly become a well known singer and performer in the capital, having worked at a number of significant events and venues including V&A Museum, Green Park, The Grove Hotel, The Gilbert Scott, Natural History Museum, The Savoy, The Lyric Theatre, The Tower Of London, Olympic Stadium, London Zoo, The Shard, Royal Horse Guards Parade and RAF Northolt. Over the years some of the clients Russ has performed for include Face.Book, Zurich, Land Rover, Jaguar, Admiral, Red Bull, Glaxo Smith Kline, Royal Air Force, Deloitte, Trethowans, Twinings, Mercedes, Volkswagen, Sofa(dot)com, Pricewaterhouse Coopers, Help For Heroes, Asmtel and Nimax Theatres. As well as performing at private events throughout Europe Russ is a guest entertainer performing on board luxury cruise lines throughout the world.

Timings always change and I am more than realistic and flexible with this.

I can provide music for before and after I have played.

As a soloist if I am using a small PA, I will need 20mins to set up. If I am performing without a PA system, I won't need any time to set up.

I am always keen to work with you to ensure you hear the songs you want to hear on the day, however, I'll also use my years or knowledge to do my thing and ensure your guests have the best time.

Yes, I can provide a small PA system.

Yes, I am happy to work with you and ensure you hear the songs you want to hear during the event.

Standard Prices
All prices include:Small Pa System, if required.
NEW!Virtual services
Personalised Music Message
Book me to create a unique music video for you to send to a friend as a gift. This could be a birthday message, first dance song for a wedding anniversary, or just your friend's favourite song to cheer them up.
£15
Entertainment
An evenings entertainment for your party. 1hour of Live Music, using high quality audio interface and microphone. Lets add a little life to the zoom party!! :)
£250

Verified
Yildiz B, 3 months ago

Russ performed for my team today over Zoom as a Xmas surprise for them. He exceeded my expectations with his brilliant singing talent and guitar skills. He engaged with everyone over zoom and made everyone feel together at a difficult time. He was both entertaining and a true professional. He raised spirits and kept it upbeat. I highly recommend Russ.

Great singer, and really got the party going.

Russ was absolutely amazing! He even took the time to learn our favourite song for our first dance. We would 100% recommend and would definitely use him again. Thanks again for an awesome evening Russ!

5 Stars all around ! Will have Russell perform again with no hesitation .

We will definitely be booking Russell again!

Russell was absolutely fantastic. Everyone loved him and said would have him at parties in the future. Great evening and book book again and use Encore in the future. Thanks

Fantastic!! Russell went to every effort to enhance the experience and the surprise factor. Very professional, friendly and fun!

These Guys have definitely got the X-Factor

Russell is a natural, full of energy, just fantastic with the audience

You were amazing, so so good!

Russell was absolutely fantastic, everyone loved him...

Friendly and oh so good, go book him...

Wow!! Just wow!! I have no idea how we are ever going to thank you for making our day so memorable on Saturday!

The atmosphere you guys created with you energy and talent really was a perfect ending to our day! I will never, ever forget the feeling of looking at that dance floor, packed (at all times!) with our family and friends dancing to Mr Brightside