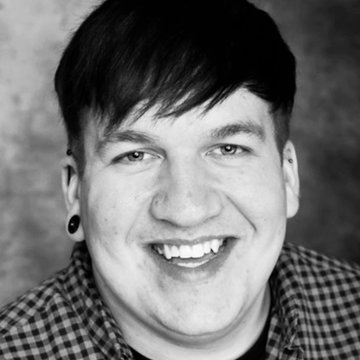 Rickey is a full-time professional Musical Director based in London. He works as a freelance MD & session musician
3 of 5 photos
Musical Director
London
Public liability insurance of £10 million

Jazz
Summertime | Come Fly With Me | On The Sunny Side Of The Street | Fly Me To The Moon | Blue Bossa |Take Five | It Don’t Mean A Thing | Ain’t That A Kick In The Head | Autumn Leaves | Embraceable You | A Nightingale Sang In Berkley Square | In The Mood | Lullaby of Birdland | Moondance | I Got Rhythm All The Things You Are | The Girl From Ipanema | La Cumparsita | As Times Goes By
Traditional
Ave Maria | Amazing Grace | Wedding March | Prelude in C | Pachelbel’s Canon | Air On The G String | Claire De Lune | Für Elise | Panis Angelicus | Bridal Chorus | Ode To Joy | Greensleeves | Minuet In G Spring | The Arrival Of The Queen Of Sheba | The Prayer | Hallelujah | Jesu, Joy Of Man’s Desiring
Classics
Livin’ On A Prayer | Summer Of ’69 | White Wedding | Don’t Stop Me Now | We Are The Champions | Stairway To Heaven | Sweet Child Of Mine | God Only Knows | Sign, Sealed, Delivered | Isn’t She Lovely I Will Always Love You | Unchained Melody | Man In The Mirror | I’ll Be There | Don’t Stop Believing | ABC | Dancing Queen | Bohemian Rhapsody | I Would Do Anything For Love | Everything I Do | Billy Jean | Total Eclipse Of The Heart | Hey Jude | You’ll Never Walk Alone | Yesterday | All You Need Is Love
Easy Listening
Just The Way You Are | She’s Always A Woman | Fields Of Gold | Will You Still Love Me Tomorrow? | You Raise Me Up | The Rose | Fields of Gold | What a Wonderful World | Candle In The Wind | Your Song | Moon River | When I Fall In Love | Kiss From A Rose | Sway | Copacabana | Lean On Me Bridge Over Troubled Water | Light My Fire | That’s Amore | Magic Moments | Say A Little Prayer
Pop
Dancing In The Moonlight | Because of You | A Thousand Miles | Someone Like You | Turning Tables | Rolling In The Deep | Get Lucky | Back To Black | Poker Face | Bad Romance | Happy | I Want You Back | I Don’t Wanna Miss A Thing | Power of Love | Islands In The Stream | I Wanna Dance With Somebody | Girls Just Wanna Have Fun | December, 1963 (Oh, What A Night) | Can’t Take My Eyes Off You
Soundtrack/Musical
Come What May | Go The Distance | Somewhere Over The Rainbow | Can You Feel The Love Tonight? | Pirates Of The Caribbean | My Heart Will Go On | A Whole New World | When You Wish Upon a Star Let It Go | You’re The One That I Want | Hopelessly Devoted To You | Where Do I Begin? (Love Story) | Seasons Of Love | Start a Fire | Falling Slowly | All I Ask Of You | (I’ve Had) The Time Of My Life
Modern
Thinking Out Loud | Stay With Me | See You Again | Can’t Stop This Feeling | 7 Years | Marry You | We Found Love | Just The Way You Are | Rather Be | What Makes You Beautiful | All About That Bass | Cheerleader | Hold My Hand | All Of Me | The Lazy Song | Wings | Chandelier | Black Magic | Pompeii | Lay Me Down | Love On Top | Call Me Maybe | We Are Young | I’m Yours | Love Me Like You Do

All Rickey's work was done with genuinely professional levels of commitment and ability. He has a good understanding of the requirements of the role of MD within a production, and is a consistently pleasant colleague to work alongside. I am very happy to warmly recommend Rickey to you

Rickey has shown a natural ability to work with musicians and actors alike, and always manages to get the best from both. His natural ability as a musician is an instinctive talent, the extent of which I have not come across before in all my years in the theatre, both on-stage and as a Director. Despite his youth, Rickey has always been 100% reliable, and manages to gain the respect of young and old alike. This is due in part to his technical prowess but also to his ability to adapt his approach according to the abilities of those he is working with.

Rickey is fantastic - I can't recommend him enough. We've worked together on many occasions and he has always brought great knowledge and professionalism, as well as clear and constructive criticism.