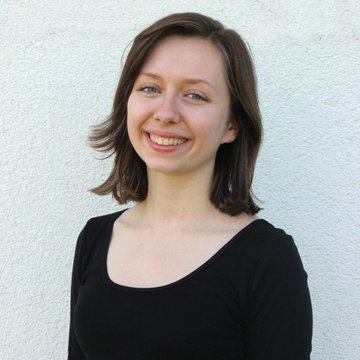 Rhiannon joined her first choir at the age of 4 and picked up the cello at 5. SINGING EXPERIENCE: In 2007, she joined the New London Children's Choir, conducted by Ron Corp. With them, she performed at the Royal Albert Hall, Royal Festival Hall, St John’s Smith Square, Harrow School, City of London Festival, etc., and with orchestras such as LPO, and under conductors such as Vladimir Jurowski. She also recorded two CDs of Michael Hurd’s “pop cantatas” and backing vocals for These New Puritans with the choir. From 2010, she was a senior chorister with Christ Church, Southgate, and sang solos including Wesley’s Blessed be the God and Father and Mendelssohn’s Hear My Prayer. The choir has a cathedral-type repertoire, gives concerts and visits cathedrals to sing services (Norwich and Westminster Abbey in 2015, and St. Paul's in October 2016). From 2014, when she joined Woodbridge School, she also joined its Chamber Choir and Choral Society, both led by Claire Weston (previous Principal Soprano with the ENO). In early 2015 the Chamber Choir went on tour to Ahrensburg, Germany. Rhiannon's solos included: Mozart ‘Agnus Dei’ (Coronation Mass) and Fauré ‘Pie Jesu’ (Requiem), the latter of which she also performed in Germany on tour. With the Choral Society she also performed at Snape Maltings. In Autumn 2016, she joined the Ipswich Chamber Choir, conducted by Chris Borrett, as part of their apprenticeship scheme. She also sang with Aldeburgh Voices, conducted by Ben Parry, the Tower Chamber Choir, the choir of St. Mary-le-Tower Church and Jubilate, a group conducted by Martyn Bagnall. In Summer 2017 she did her first course with NYCGB's main choir as a Soprano II, which ended with a concert in Trinity College Cambridge's chapel, conducted by Stephen Layton. Later in 2017 she joined the BBC National Chorus of Wales, Cardiff University's Chamber Choir and the Idris Consort, conducted by William Stevens. Rhiannon was taught by Susan Williams (soprano) from 2014-2016, Richard Edgar-Wilson (tenor), from 2016-2017 and Buddug Verona James 2017-2018. She is currently taught by Jeremy Huw Williams. CELLO EXPERIENCE (ORCHESTRAL/CHAMBER/SOLO): In 2009, Rhiannon started in the Enfield Concert Orchestra and was cello leader from 2011. She moved on to the Enfield Youth Symphony Orchestra in 2012, in which she was on the front desk from 2013. While in EYSO, she was also part of the EMS quartet, coached by the highly accomplished Liz Partridge. Through attending Cecil Sharp House's "Get Your Folk On" music courses, she played cello in their Big Folk Band at the Music for Youth regional festival (2013-14). She was also encouraged to join the London Youth Folk Ensemble (2013-14), with whom she did various public engagements including “Folk By The Oak” at Hatfield House. Upon joining Woodbridge School with a music scholarship in 2014, she joined their Chamber Orchestra and Symphony Orchestra (conducted by John Penny), the former of which performed at Snape Maltings in 2015. She was also part of a string quartet there from 2014-15 and in 2015-16 lead the cello ensemble. In her final year at Woodbridge, she performed Kol Nidrei by Max Bruch in the Concerto Concert, with an orchestra composed of professional musicians from the Suffolk area (a recording can be found in the media section of her profile). She played with the Woodbridge Orchestral Society and the Wolsey Orchestra during her gap year (2016-2017). She is currently a member of Cardiff University's Symphony Orchestra, conducted by Mark Eager. Rhiannon has studied with Miguel Calvo (2003-2006), Laura Forbes (2006-2009), Janet Reed (2009-2014) and Nadia Alzapiedi (2014-2017).

Bruch's Kol Nidrei is a very familiar piece: Rhiannon Humphreys brought a freshness to it which enchanted, while still embracing its romanticism and sense of sorrow, particularly early on. Once again, her communication with the orchestra was pitch perfect.

Rhiannon has a very attractive and mature soprano voice ... a very versatile singer, comfortable in all genres