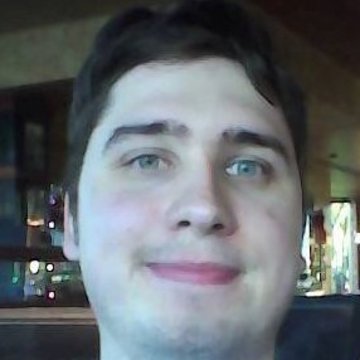 I'm a percussionist who lives in Haverfordwest. I can perform at workshops, concerts, recitals and band gigs. I'm predominently a soloist.
3 of 21 photos
Marimba
Haverfordwest

Philip Howells (29) was born in Pembrokeshire, Wales and started learning drum kit at the age of 10. His quick learning prowess led him to achieve a Trinity Guildhall certificate in his Grade 6 exam, being the only candidate in Wales to reach a High Honours score (97/100). At the age of 11, he began learning tuned percussion: glockenspiel, xylophone and marimba to further his training. In 2011, Philip was offered a place at Trinity Laban Conservatoire of Music & Dance, London and continued his music education from there. In 2015, he graduated with a BMus (Hons) in Orchestral Percussion & Timpani. During his school years, he was a member of many Welsh national music ensembles and orchestras including: Welsh National Youth Opera Orchestra, National Youth Orchestra of Wales, National Youth Wind Orchestra of Wales, National Youth Brass Band of Wales, National Youth Jazz of Wales as well as Pembrokeshire Percussion Ensemble and the Pembrokeshire County Orchestra. His competitive side shows more about his musicality. In 2009, Philip won 1st Place in the Open Percussion category at the Pembrokeshire Schools Chevron Music Festival and was the overall winner, gaining an opportunity to perform a concerto by Paul Sarcich called “Concerto da Camera for Percussion and Strings”. In 2010, Philip composed a piece for the Lunar Saxophone Quartet and a piece for piano sextet (Pianocircus) at the Young Composer of Dyfed. Finally, he won 1st prize at the Gladys Puttick Improvisation Competition for performing an impromptu piece on the vibraphone at Trinity Laban in 2015. As well as being a member of youth orchestras and ensembles, Philip has also been involved with well-known brass bands such as Goodwick Brass Band, Tongwynlais Temperance Band and Ebbw Valley Brass Band where he has taken part in brass band competitions held at Blackpool, Brangwyn Hall, Birmingham Symphony Hall and the Royal Albert Hall. During his time at Trinity Laban, he was lucky enough to collaborate with leading percussionist Colin Currie, the BBC National Orchestra of Wales, the London Philharmonic Orchestra and the National Youth Orchestra of Great Britain where he has performed at the Royal Festival Hall and the Royal Albert Hall, the most notable achievement was performing as part of the BBC Proms in 2012. Other ensembles include the Blackheath Halls Opera Orchestra, Braziliero Big Band, Trinity Laban Symphony Orchestra, Trinity Laban Sinfonia, Trinity Laban Opera and the Trinity Laban Percussion Ensemble. In March 2012, Philip was one of the percussionists chosen to perform Heiner Gobbels’ “Surrogate Cities” at the Royal Festival Hall, which was simultaneously broadcast on BBC Radio 3. Tim Ashley mentioned the percussion section in his article in The Guardian: “The percussionists in particular, whirling vertiginously on a gallery above the tiers of musicians below, deserved a medal.” – The Guardian, 2012 In July 2014, Philip was asked to play Bartok’s “Sonata for 2 Pianos and Percussion” at the Harwich Festival of the Arts. “As the person next to me said, you could not have heard a pin drop, surely as indication of the appreciation not only of the soloists, but of the work itself. It even has the children entranced.” – Harwich & Mannington Standard, 2014 Having graduated, Philip now resides back in Pembrokeshire where he has organized workshops at local schools, entertained at care homes and showcases his own solo recitals. He is also a member of the Landsker Singers, a local choir based in Haverfordwest, partaking in annual concerts and singing at local events. Philip is a founding and current member of the BSO Resound, the world's first disabled-led ensemble as part of a professional orchestra in 2018, their performances in schools & local events gaining nationwide praise and media attention. Later in the summer, the ensemble performed alongside the Bournemouth Symphony Orchestra at the Proms in the Park and the BBC Proms. “Don’t lost sight of who you want to be to begin with. When people say that you should be a butcher or a gymnast, just think to yourself ‘what do I want to be deep down?’, that’s my moral.” – Classic FM, 2019

As the person next to me said, you could have heard a pin drop, surely an indication of the appreciation not only of the soloists, but of the work itself. It even had the children entranced.

Of all the wonderful music to have graced the Old Royal Naval College's chapel over the centuries, little will have been more unexpected than this fascinating programme of pieces for marimba which will be played by one of Trinity Laban's most gifted percussionists.

The percussionists in particular, whirling vertiginously on a gallery above the tiers of musicians below, deserved a medal.