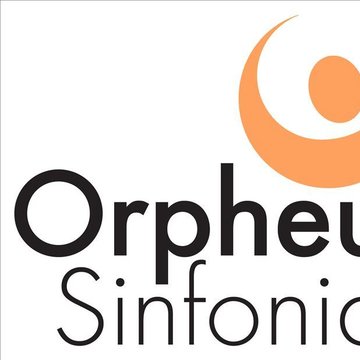 Vibrant, dynamic and inspiring, Orpheus Sinfonia is a young, bright beacon of the orchestral scene. The best musicians of tomorrow, today.
3 of 9 photos
Orchestra
London
Public liability insurance of £10 million

Founded in 2009, Orpheus Sinfonia is one of London’s most vibrant, dynamic and inspiring of orchestras, attracting the best of music conservatoire graduates, under the artistic direction of international cellist and conductor Thomas Carroll. We exist for musicians to succeed and discover their creativity, investing in music’s future and meaningful, inspiring audience engagement. Equally at home with symphonic repertoire, world premières, specially curated and bespoke programmes, choral works, live orchestra with film and opera, Orpheus Sinfonia’s versatility has created its own special place in an exciting and developing music industry. The orchestra has enjoyed collaborations with Dame Felicity Lott, Tasmin Little, Heinrich Schiff and our Patron Sir Antonio Pappano, invitations to renowned music festivals including Windsor, Brighton, Wimbledon, Swansea and Cambridge, and appearances at the Royal Festival Hall, London Coliseum, Queen Elizabeth Hall and Windsor Castle, alongside our residency at St George’s Hanover Square. Acclaimed for the excitement and enthusiasm of its music-making, Orpheus’ reputation continues to grow thanks, in part, to the generous support of many established musicians. The orchestra has featured on BBC Radio 3, BBC World Service and released its debut CD on Signum Classics. Orpheus developed the innovative “Beneath the Score”, which explores the character and influences of selected composers, and we launched the Orpheus Principals. Partnerships have been enjoyed with the Menuhin Competition, International Opera Awards and Opera Danube, alongside a wide range of choirs, including the Bach Choir, Windsor and Eton Choral Society, Brighton Festival Chorus and conductors such as the late Sir Stephen Cleobury, David Hill and Gareth Malone. Also important to Orpheus is outreach work, including projects with Trinity Hospice, Tim Henman Foundation and students from Fukushima, Japan, and most recently the launch of our own innovative MULTIPLAY programme. More recently Orpheus returned as the Official Orchestra for the International Opera Awards, received great critical acclaim and a nomination for operatic productions with Iford Arts and Grimeborn Opera Festival. Orpheus’ production of the Rape of Lucretia with the Arcola Theatre won the Offies Best Opera Production in 2019, and the same team returned with Das Rheingold, which was selected as one of the Evening Standard’s Top 10 of 2019. The orchestra has enjoyed performances in festivals including Windsor, Cheltenham, Newbury, Hampstead and Cambridge, welcomed soloists such as Sir Roderick Williams, Anne Sophie Duprels, Brindley Sherratt, Bryan Hymal and Jack Liebeck and toured The Snowman live to film around Christmas in 2018 and in 2019 for the 40th anniversary tour, alongside our programme of core concerts in London.

It was such a smooth and joyful experience working with Orpheus Sinfonia.

MC
Meantime C
4 months ago, for a Private event in London

Orpheus Sinfonia were an absolute pleasure to work with. Everything was very clearly set out for the event and arrangements were made to a very high standard of professionalism. Everybody was well looked after and had a fantastic time. Would gladly work with the Orpheus Sinfonia again in the future”

"The Orpheus Foundation deserves all the support we can give it. As a charity it is immensely deserving, as a musical enterprise it is utterly inspiriing and as a mission it is absolutely unique."