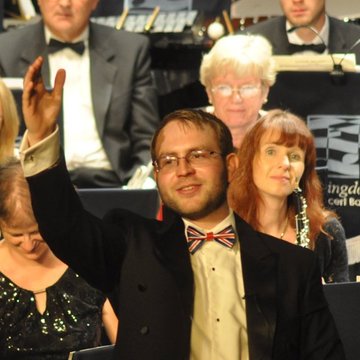 Check availability and get a free quote now - no commitment to book
From£180
Watch & Listen
About Neil
Home page
Neil Brownless
Like Neil?
Watch & Listen
1 of 1 video

Conductor
Northampton
Verified profile
Neil is a trombonist and conductor based in Northampton in the Midlands.

Starting his musical career on Violin and later Cornet, Neil took up the Trombone in 2006 quickly progressing and taking his grade 8 exam in 2009. Whilst studying Mathematics at the University of Portsmouth Neil performed with many groups across the south coast including Orchestras, Big Bands, Brass Bands, Brass Quintet, Trombone Quartet and pit bands for many shows, both Musicals and Operas. Now based in Northampton Neil has progressed as a conductor becoming Musical Director of Abingdon Concert Band in 2013, Towcester Studio Band in 2014 and Daventry Brass Band in 2015. As an excellent sight reader Neil is the perfect musician to join a pit band for a show or to fill in a trombone part with little or no rehearsal.