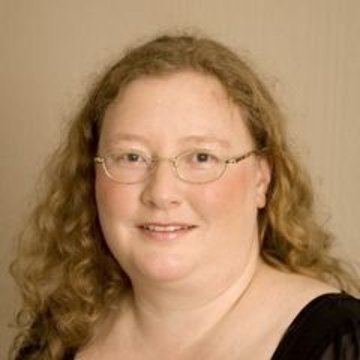 Check availability and get a free quote now - no commitment to book
From£180
Watch & Listen
About Michelle
Reviews
Home page
Michelle Falcon
Like Michelle?
Watch & Listen
1 of 1 video
Youtube video

Michelle Falcon is a professional freelance viola and violin player. Having played in string quartets since 1998, Michelle has a wealth of experience in playing chamber music and performing in that forum for concerts, weddings and functions. She is a keen chamber musician and has performed in various recitals with the Bath Spa String Quartet including performances for Bath International Music Festival and Rode Chamber Music Society. In chamber music roles, Michelle has received coaching from the Badke, Emperor, Chilingirian, Martinu, Skampa and Kuss Quartets. She has performed viola sonatas by Brahms, Shostakovich, Martinu and Bax in masterclasses with Martin Outram, Garfield Jackson, Suzy Meszaros and Yuko Inoue and in 2011 was the only solo viola player to be selected to perform in one of the LDSM Artists Concert at Grasmere, as part of the Lake District Summer Music Festival. Michelle frequently performs as a duo with pianist Olga Paliy and gives solo recitals at venues across the UK. She works regualrly with local composers, which have included Howard Davidson and Roger Bolton and recent session work has included recording solo viola parts for the BBC2 documentary on the 'Dambusters' (Howard Davidson). Her orchestral experience has involved playing with the English Symphony Orchestra, London Arte Chamber Orchestra, Bath Baroque (on period instruments), Bath Philharmonia, the Amadeus Orchestra, the Rehearsal Orchestra and numerous freelance work with orchestras and pit bands across the UK and Europe. She has accompanied the East London Sinfonia on two tours of Tuscany, toured France with Hampshire Sinfonietta and China with London Arte Chamber Orchestra in 2015. Michelle has performed in a concert with ‘The Priests’ at the Cadogan Hall, London. In addition, she has been Guest Leader on several occasions for the Oadby & Wigston Civic Orchestra in Leicestershire and has been Principal Viola with Bath Concertino. Michelle’s professional engagements have included solo appearances with the Argyle String Orchestra playing the Larsson Viola Concertino & Hindemith Trauermusik, a performance of the Hoffmeister Viola Concerto in D with the Oadby & Wigston Civic Orchestra, the Walton Viola Concerto with West Mendip Orchestra and solo recitals for Wiltshire Rural Music School. Michelle’s teachers have included Joan Schmeising (Bournemouth Symphony Orchestra), Richard White, Julia Bishop (Red Priest), Lucy Gould (Gould Piano Trio), John Stein (Welsh National Opera) and Martin Humbey (Academy of St Martin in the Fields & English Chamber Orchestra). Michelle graduated from the Royal Welsh College of Music & Drama with a Postgraduate Diploma in Performance in July 2009 and continues to study with Martin Humbey on viola. Michelle gained a Licentiate Diploma with distinction for performance on viola from Trinity College London (LTCL) in July 2010.

Congratulations are in order for a very fine performance of the Walton on Friday! Thank you very much for appearing as soloist with the West Mendip Orchestra and giving the audience such an enjoyable experience. It was a pleasure working with you.

I have played with Michelle on many occasions and cannot recommend her highly enough. Her technical ability speaks for itself. What makes her truly exceptional is her musical sensitivity and insight, combined with a purity and warmth of tone that is such a rarity on the viola. She is a joy to work with, both musically and personally.

You are two true artistes, blessedly free of any histrionics or affectation but letting the music breathe through you. Thank you for the pleasure you give.

Michelle is a gifted teacher. She has a lovely rapport with my 7 year old daughter. Every lesson is conducted with a clear destination, with a variety of techniques and at a good pace so that my daughter is always learning something new and never gets bored. I cannot imagine a better violin teacher