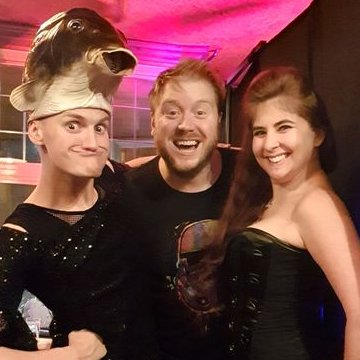 Meatdiva formed in 2009 as a serious Meatloaf tribute featuring Matthew Harman as "The Meat" and Jody Tavender as "the Diva" Meatdiva had a gig at Sunbury Social Club and it all went horribly wrong but the audience loved it!! However when Meatdiva were booked again they polished up the act but the feedback from the audience was "great show but where have all the gags gone! We thought you were better last time!" we were never booked there again! So with this Meatdiva were now a comedy act! Matt and Jody took it to Britains Got Talent and made the semi finals of 2013! Meatdiva are still going strong with different characters such as Freddie Mercury, Amy Winehouse, Tom Jones and many more! After BGT Meatdiva introduced Philip Green (also from BGT)as a guest and he has been in the show ever since making the show even more insanely ridiculous than ever!!!

Pop trios in the UK