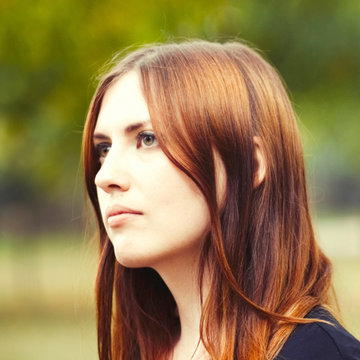 Open your heart for the wonder of music: it can bring joy, inspiration, and relief when we need it most.

Magdalena Herfurtner has 15 years of stage, studio, and teaching experience in Germany and the UK. She studied classical singing in Munich, Germany, and has been professionally trained as a singer, actress, and performer. In 2007, she recorded the CD Missa Katharina by Jacob de Haan as solo soprano for the German broadcaster BR. With her former band Eycromon, Magdalena released 2 studio albums in 2011 and 2013 and toured Germany. Over the years, Magdalena was part of many theatre and film productions both in front of and behind the camera. Besides her ongoing film and performance work, Magdalena has released several ambient music EPs as Madil Hardis, and is currently working on her first opus, a short modern opera merging classical and electronic elements. “I want to share my feelings and emotions with others; I want to dive into a fictional world of love and light, of deep empathy and compassion. That’s the greatness of art: being able to challenge, experiment, and share with the world…and in the midst of it all, to discover your true self as part of this wonderful universe."

Everyone in the audience was moved by Magdalena's performance.