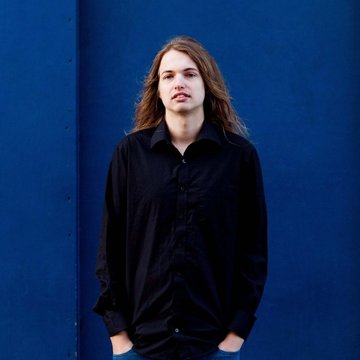 Check availability and get a free quote now - no commitment to book
From£180
Watch & Listen
About Lewis
Song list
Reviews
Home page
Lewis Wood
Like Lewis?
Watch & Listen
1-3 of 3 videos

Fiddler
Southampton
Public liability insurance of £10 million
Lewis Wood is a folk violinist, multi-instrumentalist and composer currently based in Hampshire.

Lewis Wood is a folk violinist, multi-instrumentalist and composer from Worcester, currently based in Hampshire. He is starting to gain a reputation as a musician on the English folk scene, particularly with the trio Granny’s Attic. He is most noted for playing tunes in the English tradition, however his repertoire also covers the rest of the British Isles, France, Scandinavia, North America and beyond, and he is also an inventive accompanier of traditional song. His self-penned dance tunes combine aspects of various traditions with a contemporary direction, the result being a unique blend of the traditional and modern elements of folk music today. They have been described as ‘certainly modern but with a genuine feel and understanding for music that stretches back into the past.’ He started playing the violin at a young age, and has been playing fiddle tunes for almost as long. Since then, this has become his major interest. In 2009, he co-formed Granny’s Attic with school friends Cohen Braithwaite-Kilcoyne and George Sansome. They have gone from strength to strength, being nominated for the BBC Radio 2 Young Folk Award in 2014 and playing Festivals and Folk Clubs across the country. Since starting his Music degree at the University of Southampton in 2013, he has concentrated much of his efforts into playing for dance. His newly formed duo with Helen Gentile from Threepenny Bit focuses on tunes from all over Europe, both played as concert material and for dancing. He has also become one of the core musicians in Clausentum Morris, a new mixed Cotswold side based in Hampshire, and Bumbleberry Folk Collective, which evolved out of the University’s Folk Society. Lewis has also appeared as a guest and session musician, most notably performing alongside Carlos Nunez in 2015. He recently finished his degree and is available for work as of 2016. He will continue to play with Granny’s Attic, who have recently released their second full-length album, Off The Land.

‘Lewis can proudly hold his head above the Cuttings, the Sweeneys and the tune-writers of this world