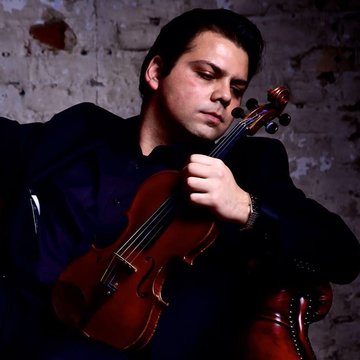 Laci Olah is a Hungarian born classically trained Belgian violinist, orchestrator, and teacher. A sixth generation musician, he attributes his development as an all-round musician to his heritage and his father, who himself is a classically trained all-round pianist. He has more 15 years of experience of performing in the entertainment music business. He's extended repertoire of more then 8 hours of American Evergreens, Jazz Standards, Hungarian and Russian folk and Gipsy Music, Film music, French, Italian and German songs, ... has brought him to perform in numerous high class venues, bars, hotels,... around Europe. Due to his on spot improvisatory and orchestrating skills he has collaborated with numerous artist from different genres, from classical to jazz, to pop, rock, musical, film music where he played, arranged and orchestrated on their recordings and on their performances. During his studies at the Royal Conservatory of Brussels, his prominent talent was recognized by Igor Oistrakh, who accepted him in his class. He continued his studies with Lilia Umnova at the Royal Conservatory of Ghent, where he graduated "Master of Arts in Music" for violin with summa cum laude in 2011. In 2001 he received the First Prize at the Dexia Competition. His many solo achievements include the H. Wieniawsky's Violin Concerto, F. Waxman's Carmen Fantasy, and P. Tchaikovsky's Violin Concerto. He has had the privilege of collaborating with such distinguished musicians as Michel Tilkin, Mikhail Bezverhny, Geert Soenen, Guy Penson, Patrick Peire, Peter Ritzen, Dirk Brosse, Alex Callier, Cédric Murrath, Stijn Saveniers… Laci’s Orchestral and Chamber Music development has benefited from the collaboration with the string ensemble, Timur Und Seine Mannschaft, where he was acting as concertmaster and soloist from 2007 till 2011. In 2010 he established his own production with collegue Jelle Vastershaeghe called Serenade.They provided own arrangements and orchestration for a a string orchestra with rythm section and mixed several genres like jazz, film music, folk and pop. Since 2011 he has worked for Musical van Vlaanderen where he participated in the production of Oliver! and played the fiddler role in the production Fiddler on the Roof. In 2012 he was awarded with the position of concertmaster in the Hooverphonic with Orchestra project. With Hooverphonic, he recorded two albums and an a live DVD and played over 50 concerts with Hooverphonic and toured for over 2 months in the most prestigious halls of Belgium, such as the Sportpaleis, 6 times in the Elizabethzaal, Capitole Ghent, Viage Brussels, Roma Antwerp... He performed live in numerous tv and radio shows in Belgium. Laci is since 2011 the artistic manager for the humanitarian organization A Queeste of Energy and for the Order of St.Stanislas, where he is knighted in the spring of 2012. He is protected by the GrandPrior of the Order of St. Stanislas, Her Excelllentie Dr.Woji Christ Olyslaegers. Since 2014 he has been living in London, UK and is currently holding a teaching position at World Heart Beat Music Academy and is freelancing as a classical orchestral violinist and jazz-gipsy violinist through London. He has recently recorded a studio album with well known cabaret artist Dusty Limits.

He was right on time and on point. Till date my friends are talking about his play. Well done!

Absolutely amazing!!! My fiance and I & all guests enjoyed the music so much at our engagement party. I believe we could not have such a successful party without the lovely music played by Laci Olah. He is very professional and great classic & romantic music player. We will definitely recommend to others & friends who will hold similar events!!

Laci sounded great and was professional, punctual and friendly.

He's abousolutly made my best night of my life amazing , just millions thank you for all u hard work defo going to ask for u again for my wedding .

Absolutely amazing!!! My fiance and I & all guests enjoyed the music so much at our engagement party. I believe we could not have such a successful party without the lovely music played by Laci Olah. He is very professional and great classic & romantic music player. We will definitely recommend to others & friends who will hold similar events!!

Laci sounded great and was professional, punctual and friendly. 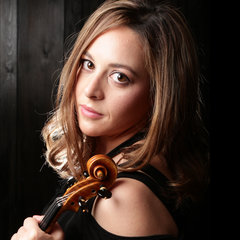 Laci is one of the most incredible musician you will ever meet. He will adapt the best way to the needs of the event and choose the best repertoire, he can switch to any genre on the moment if needed. He is extremely versatile and can play any genre. It is an honor to have worked with him and his professionalism is outstanding. He will bring life and class to your event. I would highly recommend Laci for any kind of event if you would like your event to be special and uplifted. 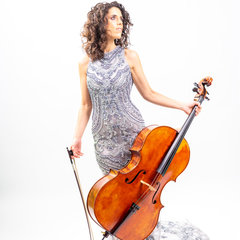 Laci's violin playing is as good as any famous violinists I have heard!! Very polite and patient. He always has shown a very professional attitude. He is such a talented violinst.