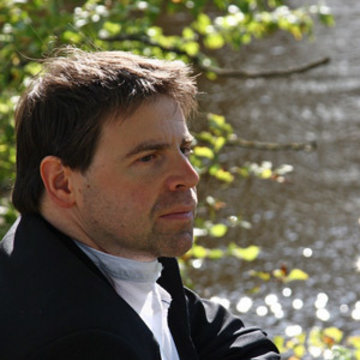 Julian Saphir was born in Barnet, Hertfordshire. Growing up in a musical family, he began playing the piano at the age of four and started lessons at seven with Eve Weinberg. After just three years he gave his London recital debut at Regency Hall, Oxford Street in a programme of works by Beethoven, Chopin and Rachmaninoff. At thirteen Julian continued his studies with Guy Jonson of the Royal Academy of Music. At eighteen, Julian commenced his studies at the Royal College of Music with Phyllis Sellick OBE and accompaniment with John Blakely. There he won the first and second year undergraduate piano prizes followed by a succession of further awards and accolades including the Frank Merrick Award for British Contemporary Music for his interpretations of the music of Sorabji. In 1989 Julian won the Eastbourne Concerto Competition and the Duke of Devonshire Award and further Competition success came the following year when he came runner up in the Robert William and Florence Amy Brant International Piano Competition Julian became known for his extraordinary diversity of repertoire from Scarlatti to Sorabji, from Mozart to Mayerl and Mompou. In 1991 he performed the rarely heard two-piano version of Busoni’s monumental Fantasia Contrappuntistica with the distinguished pianist and lecturer Karl Lutchmayer and in the same year gave the premiere of Neil Crossland’s Piano Suite. However, in 1994, Julian was forced to withdraw almost entirely from the concert platform due to the illness of a loved one and adopted the role of main carer only giving very occasional concerts and appearances. After an absence of over seven years, he began a quiet and selective comeback onto the concert scene with a new depth of technical and musical mastery in his performances. In 2005 he took up the joint roles of Artist and Artistic Director in the inaugural Master Musicians Series at Harewood House, Leeds. The series was proud to host a prestigious Shigeru Kawai Piano, the only one of its kind in the UK and which led to an invitation to promote the instrument in Japan Europe and Australia. Julian’s playing was praised by Mr. Hirotaka Kawai himself, grandson of the founder of the original Kawai Piano Company in Japan. Julian has performed Rachmaninoff’s Second and Third Concertos and Prokofiev’s Third Concerto on this magnificent piano. In 2011, Julian presented a monumental all-Liszt recital at the Jacqueline du Pre Music Building at the University of Oxford to critical acclaim. He has returned to Oxford and London since with performances of the Rachmaninoff Preludes cycle. In 2014, Julian gave his recital debut in Leipzig, Germany at the famous Schumann-Haus. This year he has been appointed as a Kawai Artist. Julian has recently launched an exciting educational project, Saphir Inspires. Touring all over the UK and abroad, he presents masterclasses and recitals in schools to inspire young people to listen and play.

we have just seen a genius at work

An overwhelming sense of commitment to the music... tremendous virtuosity... the first half alone would have overtaxed most pianists