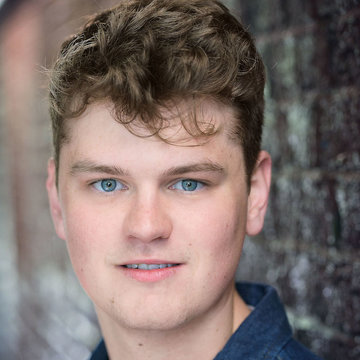 Check availability and get a free quote now - no commitment to book
From£180
About Joe
Reviews
Home page
Joe Partridge
Like Joe?
Watch & Listen

Joe is a singer, actor-musician and composer from South Devon - A recent gradute of the Guildhall School of Music & Drama, where he studied with David Pollard for singing, and with Dr Laura Bowler & Malcolm Singer for composition. Recently, Joe made his professional debut at the Grimeborn Festival (Arcola Theatre), in contemporary opera Rain, and returning to the festival recently, Joe reprised the role of Karl Martin in composer Matt Geer’s chamber opera Sane and Sound, after a premier at the Barbican. Recent credits also include Rusty Charly in West Green House Opera's Guys and Dolls, and Bernardo in Unit Art Solution and Mosaica's West Side Story at the Conservatori Liceu in Barcelona. Joe is delighted to be joing the 2019 comany for Thursford Christmas Spectacular this year, playing from the 6th November to the 23rd December. Joe has also appeared in the company for the Best of Rock Musicals at the Eventm Apollo this year, working alongside some of the most notable names in musical theatre. Theatre credits whilst training include: Luke in Merrily We Roll Along (Guildhall), Constanstin in Fiddler on the Roof (Guildhall), Cosí fan tutte (Guildhall), & Crazy For You (Guildhall). For composition, Joe is currently developing a new musical song-cycle: If So & So What Though?, which recently premiered above the Arts Theatre in London. Joe has also participated in R&D workshops for new musicals Sabrina (BML Workshop), Mascherato (Barbican/Guildhall), & in recordings for Kathrine Jenkins Guiding Light (Decca). Joe’s studies at the Guildhall School have been generously supported by the Really Useful Group and the Guildhall School Trust.

AS
Andrew N
4 years ago

An impressive portfolio...engaging and imaginative, there’s a sense of a developing voice.