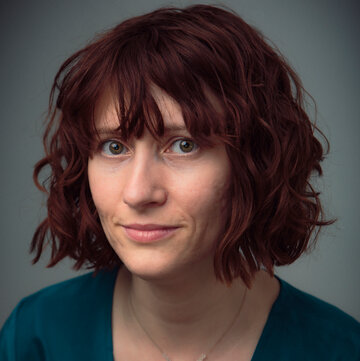 Jocasta trained at the London College of Music from 2008 until 2012, where she graduated with a 2:1 BMUS (Hons) degree in music performance (voice). From age 9, she has performed nationally and internationally, singing in some of the world's most critically acclaimed venues, such as the Royal Albert Hall, Royal Festival Hall and the Barbican. She has also performed with English Cabaret, appearing in a pop-up tour in celebration of the Magna Carta anniversary and has sung in concert productions of a new opera, The Observatory, based on the life of Anna Jump Cannon. With haunting voice and flare for enchantment, she is a rising star in the classical-crossover genre, specialising in traditional folk music, particularly Irish, English, Welsh, Scottish, Canadian and American. She is currently singing with an a cappella choir (soloist/chorister) Wall of Sound, who have performed nationally and internationally and have appeared with classical-crossover trio, Blake, in concert. Coached by the Sandra Scott Singing Studios in London, she has gained valuable experience in performing regularly across London in solo concerts, including performances for the Rotary Club. She hungers for new challenges and experiences - with this drive, she continues to grow as an artist.

That's fine! Just let me know as soon as you can, so that I can amend my travel arrangements: time of leaving, when to arrive at your event, etc.

I'm afriad I don't specilise in this area, but I am very happy to interact and socialise with your guests.

About 30mins to warm up my voice and an extra 5-10mins to test the accoustics of the room, sort out where I stand for the performance and, if necessary, test the microphone with the P/A system.

Of course! I'd love to hear what you would love to hear! This is your special event -- whatever it may be -- and I want you to be happy with what goes into making it special -- I'm just happy to help!

At present, my equipment is limited, due to the fact that most of my past performances have been a cappella and most venues I've performed for have usually been equiment with its own microphone nad P/A system. However, if a microphone and P/A system is an absolute must, I'm positive I can find what I need -- all I ask, is that you let me know, ASAP.

Blindfolded. No problem, at all -- I am a very fast learner! With regards to much more challenging pieces, (e.g Verde's "Piangero") all I ask is for more advanced notice.

The versatility of my repertoire, how charmingly I have interacted with the guests, my puctuality, but above all, it's simply how much everyone has enjoyed just hearing me sing -- everyone I have sung for, have just been enchanted by my voice, calling it: "angelic" or "ethereal"; singing mostly a cappella, I suppose you get to hear more of the voice!

I have performed in many different venues and settings -- indoors and outdoors -- I've performed in gardens, woodlands, bandstands, too many churches in London and nationally and, from a choir experience, many famous concert halls: The Royal Festival Hall, The Royal Albert Hall and Cardogan Hall.

Enya, Sissal, Josh Groban and Celtic Woman. I would also say that some musical theatre singers (Jodi Benson and Paige O'Hara, as two main examples) have been a great influence, on the lyrical and expressive nature of my voice.

Singing for an Esther Ranson Christmas charity concert, for SilverLine (2017) -- as a small thank you, they presented me with a Christmas plant arrangement, which I still keep and love to this day!

Jocasta was amazing thank you so much.

PK
Pesh K
6 years ago, for a Private event in Market Pl

Jocasta has a distinctly unique voice which is heavenly. She's an exceptional talent and very passionate about her music. She's performed on numerous occasions over the last 3 years for us (Rotary Club of Loughton, Buckhurst Hill and Chigwell Rotary) and has always been professional and very well received by the audiences.

K
Kate G
10 years ago, for a Charity event in Woodford Green IG8

She has a beautiful voice and sang a variety of songs from what is clearly an impressive repertoire with confidence and professionalism.  She interacted charmingly with our members all of whom seemed to enthusiastically enjoy the performance.