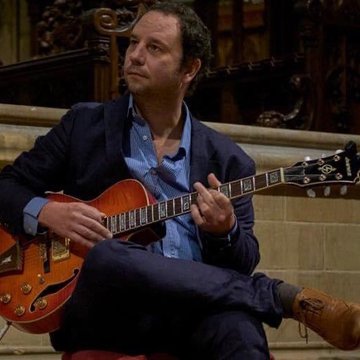 A foggy day
a night in tunisia
a nightingale sang in berkley square
agua de beber
alright, okay, you win
all of me
all the things you are
alone together
angel eyes
as long as i live
at last
bei mir bist du schein
bernie’s tune
between the devil & the deep blue sea
beyond the sea
black coffee
blue skies
brazil
brigas nunca mais
but beautiful
but not for me
bye bye blackbird
caravan
cheek to cheek
corcovado
crazy rhythm
cry me a river
dancing in the dark
days of wine & roses
deep purple
desafinado
do nothing till you hear from me
don’t explain
don’t get around much any more
east of the sun
easy living
everything happens to me
every time we say goodbye
favela
fever
fly me to the moon
footprints
four
gee baby ain’t i good to you
Georgia
get happy
girl talk
god bless the child
honeysuckle rose
how deep is the ocean
how high the moon
i’m beginning to see the light
i’m in the mood for love
i can’t give you anything but love
i get a kick out of you
i’ve got you under my skin
i love you
i remember you
i thought about you
i’ll remember april
i wish i were in love again
if i were a bell
in a mellow tone
in a sentimental mood
invitation
it don’t mean a thing
it’s only a paper moon
jersey bounce
just friends
just one of those things
let there be love
let’s do it, let’s fall in love
love for sale
loverman
love me or leave me
lullabye of birdland
mas que nada
midnight sun
misty
moondance
more than you know
my baby just cares for me
my funny valentine
nature boy
never let me go
nica’s dream
night & day
no more blues
old devil moon
on the sunny side of the street
one note samba
our love is here to stay
pennies from heaven
polkadots & moonbeams
‘round midnight
satin doll
secret love
sentimental journey
skylark
so many stars
so nice/summer samba
social call
summertime
star eyes
stella by starlight
straighten up & fly right
sway
take the a train
tea for two
tenderly
that old feeling
the good life
the great city
the gypsy
the nearness of you
the shadow of your smile
the very thought of you
there is no greater love
there will never be another you
they can’t take that away from me
this can’t be love
this is always
this masquerade
too darn hot
undecided
unforgettable
watch what happens
wave
well you needn’t
what a difference a day made
what is this thing called love
whisper not
willow weep for me
you & the night & the music
all of me
anniversary song
anouman
appel direct
armandos rhumba
artillerie lourde
autumn leaves
avalon
bei mir bist du schoen
besame mucho
blue drag
blues claire
blues en mineur
blues for ike
bossa dorado
c'est si bon
caravan
cherokee
chez jaquet
china boy
clair de lune
coquette
crazy rhythm
dance norvege
daphne
dark eyes
dinah
django
django's tiger
djangology
double scotch
douce ambience
fantasie
for babs
for sephora
frankie and johnny
honeysuckle rose
hungaria
i'll see you in my dreams
i can't give you anything but love
i got rhythm
it don't mean a thing
it had to be you
j'attendrai
jojo swing
la foule
lady be good
latcho drom
limehouse blues
lulu swing
manoir des mes reves
melodie au crepuscule
manha de carnival
micro
minor swing
moonglow
my blue heaven
nature boy
night & day
noto swing
nuages
nuits st.germain des pres
oriental shuffle
out of nowhere
place de broukere
porto cabello
puttin on the ritz
rhythmes gitanes
rose room
september song
seul ce soir
sheik of araby
shine
si tu savais
some of these days
spain
stompin' at decca
summertime
sweet chorus
sweet georgia brown
sweet sue
swing 39
swing 42
swing 49
swing de paris
swing for ninine
swing gitan
swing guitars
symphonie
take the a train
tchavolo swing
tea for two
tears
them there eyes
there will never be another you
topsy
troublant bolero
undecided
valse manouche
vipers dream
Customer questions

Yes, but we may charge for this service.

We usually set up in 10-15 mins although bands with drums may take slightly longer.

Yes we do. We also have battery amps if power is not available and we can also play acoustic if noise is a problem.

Organising the booking with Sam was easy and quick and then the music on the night was brilliant, totally perfect for the setting and the event. Would definitely recommend!

My wife and I took a trip to Brighton to listen to Sam Carelse's band before asking them to play at our wedding. Lucky for us, they agreed. The band was absolutely perfect for the wedding venue with 90 guests. They created a very warm musical ambience which was enjoyed and appreciated by everyone. They are all skilled musicians who are at ease with each other, and Sam's voice is just something else, playfully controlled, delightfully interpretive of the wonderful numbers she chose to sing for us. Negotiating the gig with Sam was very straightforward, and Sam is a good communicator, and very friendly. They did a 6 hour car trip to get to us, which shows the level of commitment. I recommend them 100%.

Verified
Sara B, 2 years ago

These lovely boys played at my birthday party. They even let me sing a tune! They were truly delightful, and I'll use them again :)

Thank you for creating such a wonderful ambience with the music. We absolutely loved it, and lots of our guests commented on how great the music was!

Verified
Delphine B, 2 years ago

I've been using Ultraswing for all my corporate events for years. Can't fault them.

We booked Sara’s quartet for our wedding. Adding a trumpet player was a great suggestion from Sara. She was so helpful leading up to our wedding - taking the stress out of the whole process of booking a band. On the day, they created the perfect atmosphere & absolutely made our day. They looked great & they sounded absolutely wonderful! Thank you!

Hi Sara, HUGE thanks to you and the band for the brilliant music you provided us with on the 30th. From the mellow Corcovado start through to your up-tempo departure on the A train, your choice of repertoire was spot on! We chose your band for its tight professionalism and the very special warm and confident quality of your voice - happily your live performance did not disappoint. As you know, jazz has been part of our family story for a very long time so expectations were high. You created the perfect, relaxed vibe which really gave the party a good feel. We received an amazing number of thank you notes, emails, texts and WhatsApps full of super positive comments saying how very special a celebration it was. Above all Nigel loved it and it will be a family memory to treasure - we are both extremely happy. We are also looking forward to hearing more and we will be coming down with friends to the gig on the 18th ( tickets booked already). Our sincere thanks once again! Nikki and Nigel Oliver.

Sara Oschlag Trio (SO Trio) were absolutely phenomenal. We were given different ensemble options but opted for the trio in the end, as we wanted a relaxed atmosphere. The band were brilliant & Sara was so helpful & prompt at answering my questions, leading up to the party. She even helped with things I hadn’t thought about! I fully recommend hiring this band!

What an amazing voice and presence Sam has, she sings from the heart but in a really relaxed manner. So many people who came to the event commented on how great she sounded. She arrived looking stunning and totally in keeping with the 1920’s theme. She also came early so we could rehearse which was really helpful as it was the our first time dancing live with the band. I would highly recommend Sam she is a total pro and a mesmerising singer.

Sam recently performed at a very busy event, she was amazing. The audience loved her. Sam and her musicians were top class and extremely professional. She even tailored the set for us as it was a Christmas event. Would highly recommend!

We hired Jason and the band for our wedding. Jason was so professional and easy to deal with, he listened to what we wanted and accommodated with out any fuss. The band gave an amazing performance and we'd highly recommend them for any party. Our friends and family loved the music and we've had lots of compliments on our choice.

It is always a pleasure to have you performing at our events. It creates such a lovely atmosphere. Thank you for everything and we’ll definitely see you soon.

Thank you so much for last night, you guys were fantastic and everyone really enjoyed the music. You certainly improved the atmosphere! We hope to work with you again soon.

Many thanks to you and your groups for making the evening go with such a swing! The feedback is that this was the best of our 4 events to date.

The band were brilliant, couldn’t have been better! Such a good feeling throughout your sets, thank you for making such an excellent contribution to the great enjoyment of the evening. Terence really, really loved it

Tom and I just wanted to thank you again for playing on our wedding day. We absolutely loved listening to you, and so did all our guests.

You guys are good – really good!