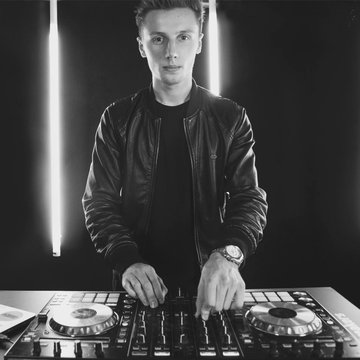 Jamie M is a professional DJ with over 5 years experience in clubs, events and venues. 2016 Vodafone Future Breaker Winner.

At only 23 years old and already making a name for himself within the industry. With five years of experience under his belt, Jamie M is bringing his sound and mixing ability to the forefront of the club scene in a BIG way. Ever since he heard 'Castle's In The Sky' by Ian Van Dahl blasting out the speakers in a local gym, Jamie's been obsessed with creating and honing his very own sound. Supported by his entire family and with music running through his blood (his mum's a singer of course!) there's no limit to what this young talent could achieve. With Martin Garrix as one of his main inspirations along with other underground producers, Jamie's looking to release his own music very soon as well as playing clubs all around Europe and the UK.

We usually set up about 1.5 hours before the performance time. As soon as our PA is set up we can provide a free playlist service to help set the atmosphere and get your guests ready for our live performance

Our set lists are crafted from countless performances and learning what works best to ensure guests dance and have an amazing time. However, we're definitely happy to chat through and make sure we find what works for your even

Standard Prices
All prices include:All performances up to 2 hours are only for Plug and Play DJ (No Lights/PA or SFX) *Performances from 3 hours onwards include a full mobile set up or plug and play. 4000watt PA system with tops and subwoofers/DJ/Lighting/Smoke and professional stage truss. *Price includes all costs

Jamie is fantastic! His ability to mix music is top class, he has produced dance mixes which I fully recommend listening to and he’s really good at reading the crowd and catering for them which is vital as a DJ and makes or breaks the DJ's ability. Not only is he a more than capable DJ, he is a very friendly, smiley and accommodating person and I honestly wouldn't recommend Jamie enough.

DJs in the UK
DJs in Worcestershire
DJs in Cheltenham
DJs in Stratford-upon-Avon
DJs in Dudley
DJs in Gloucester
Customer Service
Discover
Company
As seen on
© Encore Technologies, Ltd.
Crafted with bagels and in London