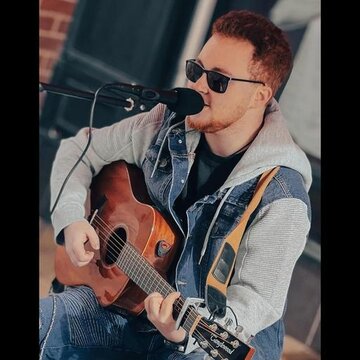 "As seen on BBC Spotlight, Jak Lewis is an upcoming Devon based artist, over the short time of his career so far he has performed an impressive amount of venues in and around London, Devon, Cornwall. With an incredible start to the year, after winning prestige awards South West Performer of the year 2020/21 and reaching No.3 in the N1M National Indie Charts, and No.17 Globally. Lewis, has been creating quite a stir online with his new release Never Stops. Lewis has currently been working hard on the creation and promotion of his due to be released EP Childhood memories, where he hopes the EP will help those in a place he found himself in not so long ago. His style has always been a topic of conversation, however with this recent year, it has given Lewis the time to understand his music better and find inspiration and creative flow in the Indie-Pop genre. Which his recent song Never Stops, direction was taken in. Lewis overall, isn't the typical artist, but he is an artist to watch, none the less. He brings a refreshing change to the music scene with a new sound and a new style."

Never Stops
Shallow
Ain't Nobody
Iris
Someone Like You
I'm Yours
Country Moma
Sweet Home Alabama
You're The One That I Want
Don't Look Back In Anger
Valarie
Believe
Torn
Wonderwall & More
I am more than happy to learn new songs upon request and at short notice. I am happy to go that extra mile for any event.
When it comes to performing live I put my heart and soul into every song I sing.
Customer questions

We always try our best to be flexible to help ensure your event runs as smoothly as possible. If timings change slightly in the run up to the event just let us know.l :)

Yes, absolutely! I bring my own instrument to play acoustically

The creativity of my song writing as well as my engagement with the audience :)

Verified
The I, 1 year ago

He kept the crowd entertained and the atmosphere lit, the audience happy and the pub packed

Verified
The L, 1 year ago

An amazing talent he had everyone singing along

A really friendly guy, who helped my band play a live set :)

A wonderful new talent willing to go the extra mile

Has been a pleasure to work with him over the years and through this event. An amazing talent and someone to keep an eye on