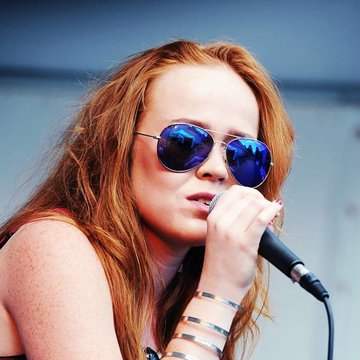 INDI is an upcoming singer/songwriter originally from Melbourne, Australia, whose vibrant personality is reflected in her original music and dynamic stage performances. Her distinct Pop/Rock crossover sound can be likened to artists such as Charli XCX, Avril Lavigne and MØ, whom she takes inspiration from to create an raw and innovative sound and style of her own. Even at the tender age of 22, INDI has a string of noteworthy performances under her belt. In 2012 she had the opportunity of performing on Channel 7's 'The Morning Show'. Shortly after, she also took out first place in the open division of Fast Track Singing Showcases, Australia's largest non-televised singing competition, and was featured on "The Voice" Season 3 blind auditions. In 2015, INDI was signed to Titus Day and the 6 Degrees Group, who also manages Guy Sebastian, and released her debut EP, co-written with James Roche of Bachelor Girl, with great success.

INDI is the answer to all your Avril Lavigne cravings, the modern-day elixir of powerhouse female vocalists like P!nk and Alanis Morrisette".