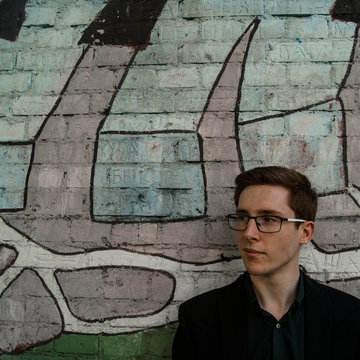 Iain is a London based classical pianist studying Masters degree at the Royal College of Music. Passionate about performing and teaching.

Iain is 22 years old and is in first year on the Master of Performance course at the Royal College of Music, London, studying with Danny Driver. He is supported in his studies by Dewar Arts Awards and the Caird Trust. In July 2019 he graduated from the Bachelor of Music (Hons) course in Piano Performance at the Royal Conservatoire of Scotland with First Class Honours. He studied with Jonathan Plowright (previously Heather Slade-Lipkin) and has also received tuition from Olga Kern, Steven Osborne, Leon McCawley, Danny Driver, Aaron Shorr, Fali Pavri, Petras Geniusas, Martin Roscoe and Sofia Bugayan. In June 2014 he gained his Associate Diploma from Trinity College London in piano with distinction and also has Grade 8 saxophone and clarinet with Distinction. Iain has won first prize in the Moray Piano Competition in Elgin, the Junior Royal Conservatoire Beethoven and Gilbert Innes prizes for piano in 2 consecutive years, and the JRCS concerto competition, giving him his concerto debut, performing Liszt’s Piano Concerto No. 1 with the JRCS Symphony Orchestra. He gained many prizes at the Glasgow Music Festival over 2 years, including first place in the Piano Premier Class both years. In 2015 Iain was awarded first prize in the National final of the Rotary Young Musician on piano against instrumentalists from all over Britain and Ireland and also reached the second stage of BBC Young Musician of the Year. In his time at RCS he has been awarded a commended in the Peter Lindsay Miller prize for piano duo in RCS, and reached the final of the 2016 Edinburgh Concerto Competition at which he performed Prokofiev’s 3rd Piano Concerto with orchestra. In February 2018 he performed in City Halls, Glasgow with the RCS Symphony Orchestra in Stravinsky’s Symphony in 3 movements, which was described by the review in the Herald Scotland as “crisp, sparkling playing”. In March 2018 he won 1st place in the Dunbar-Gerber Chamber Competition in RCS playing Brahms’ Clarinet Trio, and in April was awarded 1st prize in the Lamond Prize for rare piano music. January 2019 saw him take 2nd prize in the Walcer Prize for Chopin piano solo at RCS. He made his international recital debut in July 2019 at Kaunas Piano Fest in Lithuania.

...a performance of tremendous confidence, flair and intelligence.