Moses And The Hot City Horns 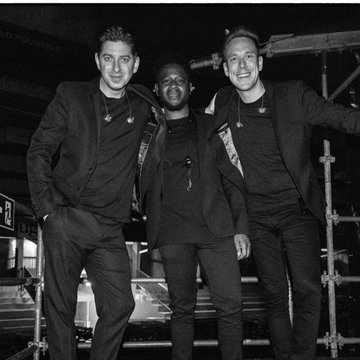 About Moses And The Hot City Horns

The three-piece horn section was started about eight years ago by Mike Davis and Paul Burton, who both graduated in 2008 at the Liverpool Institute of Performing Arts (LIPA), yes, the arts school founded by Paul McCartney(!). Sax-player Kenji Fenton, who studied at the Manchester Royal Northern College of Music, joined them later. They play regularly on the London Club scene with various DJs at clubs such as Mason House, Mayfair, Bodo’s Schloss and The Arts Club. Their star-studed list of collaborators include Emeli Sandé, Madness, Jamiroquai and Paul Weller. The Hot City Horns had their first gig with McCartney at the Grand Central Station concert in New York in August and are now touring the world as part of the Freshen Up Tour.

MB
Margaret B
4 months ago

Moses and the City Horns were absolutely great at our corporate event. They really impressed our guests with a range of songs and energetic performance! The whole room was up dancing and their set was nothing but good vibes from beginning to the end. I would definitely book them for another event.

A
Annette
2 years ago

This horn section featured on 10 numbers on Sir Paul McCartney's tour, and they really added a lot to the show!