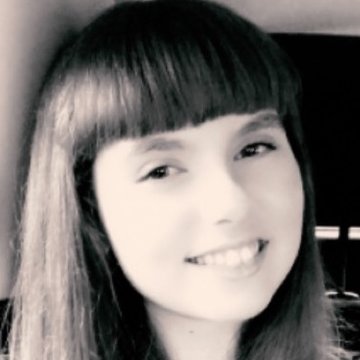 Hope is a soprano from Northern Ireland. She is a first year undergraduate at the Conservatoire in Leeds. Hope was awarded ABRSM's ARSM diploma with Distinction in November 2018. She performed at the Holywood Music Festival in 2018 & 2019 where she was awarded the first place Cecilian Cup (2018) and the first place Clarke Cup (2019). She also placed second in the Katy Major Memorial Award in 2019. In 2020 Hope performed in the 'Stevenson Northern Ireland Singer Solo Championship' at the Ballymena Music Festival and was also named as one of ten singers from NI and the ROI through to the live heats of the Flax Trust Music Awards. In August 2020 Hope was awarded a vocal coaching session with soprano Kathryn Harries OBE (the former director of the National Opera Studio - London) by Northern Ireland Opera. In December 2020 Hope recorded a Christmas song with fellow musicians from the Leeds Conservatoire. She also uploads videos to her channel about life at a UK Conservatoire and happily helps prospective students with their questions about life in Leeds and as a classical singing student.

Hope always tries her best to be flexible to help ensure your event runs as smoothly as possible. If timings change slightly in the run up to the event just let us know. We only ask for preferably 24 hours notice or it may impact on the amount of time she can spend at your event.

The amount of time that Hope needs to set up is totally up to the event planner and whether they wish to make use of the complimentary run through/ mic check which can take between 5-20minutes.

Yes of course! Hope is happy to send you a set list and discuss options for your event.

Hope performs best with a piano accompanist. She has connections in the music industry to highly talented pianists that are available to hire if the event requires. Their own rates will apply. However, Hope can sing a-capella if preferred. Due to her classical training Hope doesn't require a microphone but is willing to use if the event can provide one.

If a song isn't listed on Hope's set list there may still be a chance she knows it or can learn it (depending on time restraints). If there is a special song you'd like her to perform there's a fee of £40 for this service to take into account rehearsal time.

Standard Prices
All prices include:Complimentary email or telephone consultation and free run-through/mic check Custom made set lists for each event and booking.

"A very pleasant singing tone... You capture the mood of the aria very well... A very nice performance"