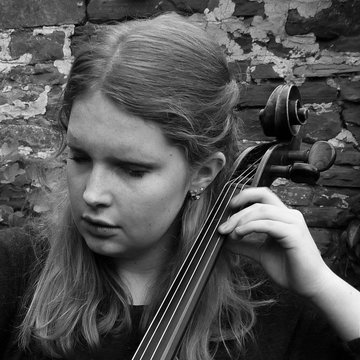 Check availability and get a free quote now - no commitment to book
From£180
Watch & Listen
About Hattie
Home page
Hattie Butterworth
Like Hattie?
Watch & Listen
Watch
Listen
1-3 of 5 videos

19 year old cellist Harriet Butterworth is a recipient of many awards, such as the Bulmer Beckett Foundation Young Musician of the Year award, AYM award and EMI sound foundation bursary. Hattie is currently studying with Melissa Phelps and Maria Zachariadou at the Royal College of Music as a foundation scholar supported by a Douglas and Hilda Simmonds award. Hattie began the cello aged 11, having grown up surrounded by church music, and was also a chorister as a child. In September 2014, Hattie was accepted into the sixth form at Chetham’s School of Music to study with Anna Menzies. Whilst at Chets, Hattie received the schools’ Ida Caroll bursary award whilst also reaching the final of the schools quartet competition and was principal cello of the symphony orchestra during the Spring course of her final year. Hattie has given solo recitals at the Lichfield Festival, Lansdowne Club in Mayfair, Shire Hall in Hereford and Manchester Cathedral. She has also performed in masterclasses with eminent professors, such as Guy Johnston, Hannah Roberts, Alexander Baillie and William Bruce. Hattie has also been involved in a number of outreach projects, including a tour to Jersey with her quartet. Hattie has developed an interest into the life and works of Sir Edward Elgar and writes an online blog, both about Elgar and her life as a musician. Hattie plays a Neuner and Hornsteiner cello circa. 1890