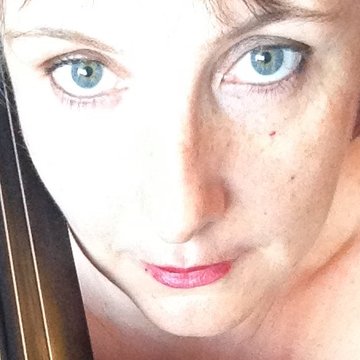 I am a heartfelt, incisive and versatile professional classical, folk and jazz pianist, violinist and double bassist guaranteed to delight!
3 of 9 photos
Violinist
Ilford
Public liability insurance of £10 million

JAZZ AND BLUES FROM THE 1930s and '40s
Autumn Leaves
Fly Me To The Moon
On-Off Boogie
Blue Monk
I'm Beginning To See The Light
Honeysuckle Rose
I'm In The Mood For Love
All Of Me
C Jam Blues
Take The A Train
Summertime
Blue Moon
Stormy Weather
Misty
Cry Me A River
Ain't Misbehavin
Sweet Georgia Brown
Sophisticated Lady
On The Sunny Side Of The Street
I Can't Give You Anything But Love
Paper Moon
You Go To My Head
Night And Day
How High The Moon
The Nearness Of You
There Will Never Be Another You
Embraceable You
Darn That Dream
Beseme Mucho
All The Things You Are
Georgia On My Mind
Lady Be Good
Some Of These Days
Body And Soul
A Foggy Day
Lover Man
In A Sentimental Mood
Out Of Nowhere
Have You Met Miss Jones
After You've Gone
East Of The Sun
Yesterdays
Bye Bye Blackbird
The Very Thought Of You
These Foolish Things
Over The Rainbow
For All We Know
Out Of Nowhere
I Thought About You
Almost Like Being In Love
I've Got You Under My Skin
Someone To Watch Over Me
(I Don't Stand) A Ghost Of A Chance
When You're Smiling
Black Coffee
Autumn In New York
Lullaby Of Birdland
Good Time Blues
Now's The Time
FOLK (mainly Irish and Scottish)
Poor Weyfaring Stranger
The Dean Brig of Edinburgh
Her Roloff's Farewell
Cameron Men's Polka Nos. 1 and 2
Liverpool Hornpipe
Faery Reel
The Newly Wed's Reel
Heave and Go
Fram Apon Him
Da Bonnie Lass O 'Bekkahill'
Da Lerwick Lasses
Muster Grass
Da Galley Watch
The Hawk
Da Mirrie Boys O Greenland
Cataroni
Waiting For The Federals
Crossing The Minch
Maid In The Box
Louis Waltz
La Grande Chaine
The Fairy Dance
Deil Among The Tailors
The High Level Hornpipe
Music Of Spey
Da Aald Hill Grind
Maid Behind The Bar
The Scholar
The Laird Of Drumblair
The Balken Hills
If I Get A Bonnie Lass
Oo't Be East The Vong
Da Black Reel
Underhill
The Galway Hornpipe
Mrs Jameson's Favourite
Da New Rigged Ship
The Flowers Of Edinburgh
Gan Ainm
Plearaca Thuaim Greine
Paidin O Raifeartaigh
Ag Teacht Abhaile On Bportach
Greer Country Song
Na Portaigh Chreathacha
Bil Ui Chuinn
Ag Ionfairt Satseagal
Capaillin Langstern
An Corda Snaidhmthe
The Irish Washerwoman
CLASSICAL
Pachabel's Cannon
Bach's Air
Eine Kleine Nachtmusik
Ravel's Bolero
Vivaldi's The Four Seasons
Chopin's Prelude In E Minor
Bach's Prelude No. 1
Bach's Fugue In G
William Gillock's Holiday In Paris
Mozart's Rondo Alla Turca
Bizet's Prelude To Carmen
Offenbach's The Cancan
Monti's Czardas
Kreisler's Rondino
Saint-Saen's The Elephant
Handel's Allegro
FILM MUSIC
Theme from Ladies in Lavender by Nigel Hess
Rainbow Connection from The Muppet Movie
The King Of The Swingers from The Jungle Book
CHRISTMAS MUSIC
The Christmas Song
Fairytale of New York
O Christmas Tree
We Three Kings
Silent Night
Good King Wenceslas
God Rest Ye Merry Gentlemen
Away In A Manger
Little Donkey
POP
Alfie
WORLD MUSIC
Tantz, Tantz, Yidelekh
FRENCH MUSIC
Sous Le Ciel De Paris
Customer questions

I offer solo gigs as an acoustic jazz, folk or classical violinist, double bassist, alto singer, pianist and / or accordionist with the option of inviting up to two other musicians to join me.

I try to be flexible and accommodating to ensure that your event runs smoothly, but in the event of a timings change, I would appreciate at least 48 hours notice, please. Thank you.

I usually start setting up an hour before the performance time. I shall provide you with a playlist beforehand.

My set lists are crafted from countless performances and learning what works best to ensure guests have a great time. However, I'm happy to chat through and make sure I find what works for your event.

Yes! I bring my own instrument to play acoustically.

If a song isn't included in my song list there may still be a chance I already know it. If there is a special song you'd like me to learn I'm happy to do this for you. There is a fee of £30 for this service to take into account rehearsal times etc..

Standard Prices
All prices include:PA equipment, Skype consultation and up to three songs / pieces of your choice.
NEW!Virtual services
Personalised Music Message
Book me to create a unique music video for you to send to a friend as a gift. This could be a birthday message, first dance song for a wedding anniversary, or just your friend's favourite song to cheer them up.
£15

"Gemma Boyd is definitely a true artist with a real passion for her work."

"Gemma is a wonderful, professional and talented musician, poet and human being. It is a pleasure to play and work with her!"