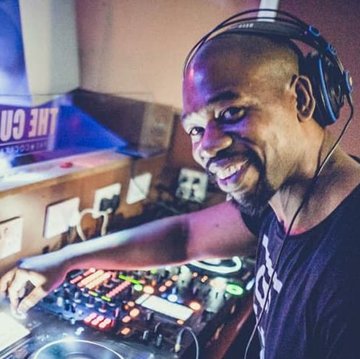 DJ Gee Cee (Gavin Connor) Born January 1979 found love for music and mixing at a very young age, He was influenced Musically by DJ’s Todd Edwards, Kevin Yost, Kerri Chandler, Louie Vega, Frankie Knuckles, and more. DJ Gee Cee was a vinyl specialist and launched himself into a party career four years later. At Age 17 he had his first residency, Since then he has kept the crowds bouncing at a multitude of venues all over the country including London, Oxford, Kent, Swindon, Reading, Bristol and recently also the sunny Portuguese shores of Algarve. He has contributed to events such as various radio stations such as Reaction Radio London, Conscious Radio London, Green Apple Radio Slough. DJ Gee Cee was also praised in the local reading alive Night clubs paper in 2005 stating that his music seemed to bring out the passion in the young crowd who were either enthusiastically bustin’ moves or getting better acquainted. DJ Gee Cee’s technique on the decks is truly amazing and his beat matching skills are well best to listen. With his smooth transitions and flow DJ Gee Cee can fill any floor and keep the crown rocking till the end. Throughout the 26 years long romance with music, DJ Gee Cee has put a twist to many a tune from the 80s, Rare Groove, RnB through Hip Hop, Old Skool Garage, Soulful House to Deep House, Tech House, Jungle and the list goes on. His Passion now is Deep House he still has a vast amount of vinyl, but has gone with the times of digital, but his real passion is vinyl and says that playing records you can really feel every beat, Hi Hat, Synth and Bass in every tune and really feel the mix as it happens. DJ Gee Cee’s Mixes are Fulfilling and you don’t get stuck in the beat as it keeps moving your body and soul. Never Straying from his roots, DJ Gee Cee has always been loyal to the underground movement and sticks to playing underground sounds, but can adapt to his surroundings wherever it maybe. DJ Gee Cee is a very versatile DJ and is able to mix any genre put in front of him which is a very unique skill to have

I will always try and be flexible to help ensure the event etc runs a smooth as possible. Just let me know way ahead of time.

Unfortunately i do not offer this service

I usually need around 1.5 hrs to set up depending on location etc

Of course I will always chat through playlist to see what works. Best for the customer.

Yes i have all the equipment

I do not offer this service

Clients love my personality and the energy i bring to my gigs, also the musicality i bring and how i engage with the crowd.

Todd Edwards his music has been a huge influence on me in terms of how he produces and the message the he gives when making his tunes, this had a huge affect on my djing and the way i play.

I would say Soho House which is a private members club only very high profile club.

Standard Prices
All prices include:PA Equipment if needed, Playlist requests and Lights
Packages
Wedding ceremony
This includes music before the service begins, music during the signing of the register, and music as guests leave.
£500

Year 13 Prom - Gavin was brilliant! The students really enjoyed the music he played and the atmosphere he created. We were so impressed that we have booked him again for this year's Prom.

DJs in the UK
DJs in Dover
DJs in Kent
DJs in Southend-on-Sea
DJs in Maidstone
DJs in Rochester
Company
Discover
Download
Join us on
© Encore Technologies, Ltd.
Crafted with bagels and in London