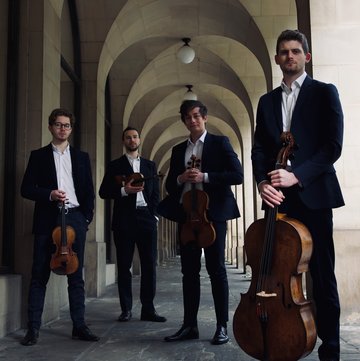 “Style, assurance and direction from the first bar – an interpretation whose confidence and polish didn’t preclude a sense of real drama. A quartet with a big, assured and attractive sound, conveying an impression of power held in reserve.”

I loved every note, and every rest, an absolutely sublime concert.

String quartets in the UK