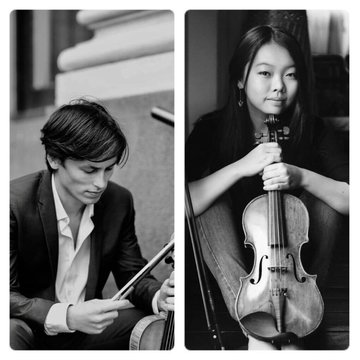 Talent Unlimited artist Charlie Westhoff was born in 1996 in Sydney, Australia. He began his studies in the Suzuki method on the Northern Beaches of Sydney, then studied under the tutelage of Janet Davies at the Sydney Conservatorium of Music in the Rising Stars program and Dr Robin Wilson at the Australian National Academy of Music. He was invited to study at the Juilliard however chose to pursue his studies as a full scholarship student at the Royal College of Music with Itzhak Rashkovsky thanks to the Ladies of the Soiree D’Or Foundation, and resides in London.As violinist and musician, Charlie has won a number of accolades and awards. Charlie was named Pittwater Young Citizen of the Year for his contribution to the Arts in 2009, gained his Licentiate Diploma in Violin with Distinction in 2011. He is a keen chamber musician and has performed in festivals and concerts across Australia and Europe, whilst having toured with the Australian Chamber Orchestra in 2015. Yume Fujise is a Japanese violinist, born in 1995. She is a BBC introducing Classical Artist and has been frequently appearing on the BBC Radio 3 In Tune program. After starting the violin aged 3, Yume pursued her studies at the Yehudi Menuhin School. Yume has been a prizewinner in numerous competitions, internationally and locally (Trinity London Competition, 2005 Royal College of Music Violin Competition 2014 & 2018). She has played as a soloist with many orchestras across the country such as City of London Symphony, Royal College of Music Philharmonic, Saffron Walden Symphony Orchestra. She is currently undertaking a Bachelor degree at the Royal College of music, where numerous foundations generously fully fund her studies. Charlie Westhoff and Yume Fujise met at the Royal College of Music. They became close friends and avid chamber musicians playing numerous concerts in string quartet, violin duo and other chamber ensemble formations. They have played together for weddings and concerts in Singapore, France, Sweden, Australia and the UK.

Anything from Classical, Popular music to Contemporary!

Beautiful music making! Such a joy and pleasure to have them perform!

Made our special day unforgettable! Not a dry eye in the house!