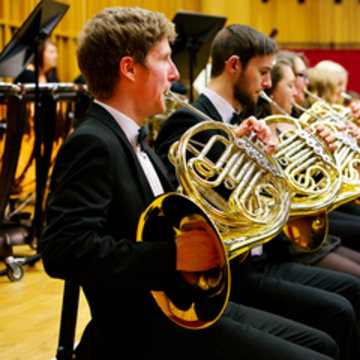 Music has been a subject of study at Cardiff since the University College, Cardiff, was founded in 1883. It is believed that both a choir and an orchestra were established soon after the foundation of the College, although there are no extant records detailing actual programmes. From 1987-2008, the University Choir and Symphony Orchestra was conducted by Dr Tim Taylor, who is Senior Tutor in the School of Music. From 2008 Mark Eager joined the School as conductor of the Symphony Orchestra and David Ponsford, who already conducts the Chamber Orchestra, becomes the conductor of the University Choir. Dominic Neville took over from David Ponsford in September 2012. The Choir and Symphony Orchestra usually give three main concerts each year, one for the orchestra alone in November, one in December (usually in WMC Hoddinott Hall or Cardiff's City Hall) and the third, in March/April, in Cardiff's magnificent St David's Hall.