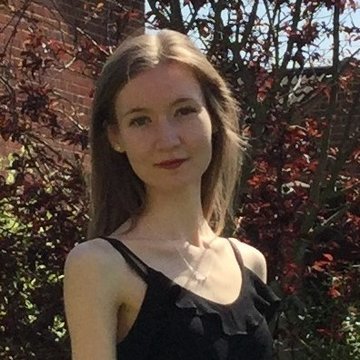 Bethan is music student at Oxford University, keen to pursue a career in the music industry.

The power of music excites and intrigues me, and studying Music as an academic subject at Queen’s College, Oxford, has confirmed my commitment to pursuing music as a career. I have always been absorbed by music and I have spent much of my time participating workshops, competitions and productions. In the sixth form, I set up and ran musical ensembles, including string chamber groups and a choir. The sense of responsibility which this entailed increased my confidence in my leadership skills. Outside education, I grasped many performance opportunities. In 2006, I played the violin with the National Children’s Training Orchestra, this being my first experience as part of a serious orchestra. I then went on to lead the Oxfordshire Schools Symphony Orchestra and its Touring Orchestra in 2010/11. In 2007, I performed Richard Stilgoe’s ‘5000 Children’ with the Oxfordshire Massed Choir for Water Aid as part of the Youth Proms in the National Festival of the Music for Youth at the Albert Hall, and I was lucky enough to sing a solo. I appeared in ‘Evita’ with the Oxfordshire Youth Musical Theatre in March 2012. In the same year, I won the String Recital at the Oxford Music Festival, and the following year received the Apprenticeship Scheme with Oxford Philharmonic and the opportunity to perform a solo preceding their concert in the Sheldonian Theatre, Oxford. I sang with the Oxfordshire Youth Chamber Choir which took part in the Britten Writing for Voices concert at the University Church in 2013, allowing me to sing a solo on BBC Radio 3. In February 2014, I played the violin in the band for my school’s production of ‘Guys and Dolls’. I have also played for the Oxfordshire Youth Music Theatre’s past three productions, including ‘Miss Saigon’ and ‘CATS’ in the Theatre at Headington and ‘Crazy For You’ at the Playhouse, Oxford. In the same year I received the Frances Kitching Award for my performances of the 1st movement of Barber’s Violin Concerto and the 2nd movement from Bruch’s. In November 2014, I was a member of the management team of a student-run orchestra; I have had the opportunity to display initiative in organising the event. I have led the Oxfordshire County Youth Orchestra and its Touring Orchestra from 2014-2016. It has offered opportunities to perform in the Royal Albert Hall and Birmingham Symphony Hall. The responsibility this role required has instilled confidence in me and developed leadership skills. Perhaps one of the most inspiring performances experiences was with Andrew Parrott’s Taverner Choir in York Minster in July 2014; a ‘Western Wind’ CD was also produced. Although I had performed oratorios in the past, I had to adapt my voice to a different, early style. Singing in a professional environment encouraged a sense of maturity to develop and drove me to achieve high standards. The work experience I completed was an invaluable addition to my musical growth. Following a successful work placement with the Oxford Philharmonic, I was offered paid employment in their box office and provided hospitality at events which has allowed me to develop a fuller appreciation of teamwork and organisation. I sold and distributed tickets and programmes, managed the float, stewarded and served food and drink at their events. I have worked in the box office with Opera Anywhere, selling tickets, programmes and stewarding for which I have been paid. In previous years, I performed in the operas myself, including Britten’s The Little Sweep, Rose’s The Selfish Giant, and Menotti’s Amahl and the Night Visitors in which I played Amahl. have also played violin in the orchestra for various of their performances, including Pirates of Penzance and Mikado. Earning money through playing or singing in professional environments has encouraged a sense of maturity to develop and driven me to achieve high standards. Other paid work for performance includes leading the pit band for John Mason School's West Side Story in 2014. In the same year, I briefly tutored a pupil in preparation for his music theory examination. Teaching a young student one-to-one was a different experience and tested the way in which I communicated with someone of his age. I felt I approached lessons with patience, encouragement, and taught in a way which was concise and easy to understand. University has offered numerous opportunities for performance during my time there so far. My most important commitment at university is to the Queen’s College Choir for which I am a scholar. As an instrumental scholar, I also contribute to a number of instrumental ensembles. I am a member and recent scholar of St. Anne’s Camerata, Oxford. This select group requires short, intense rehearsals, enhancing concentration and interaction within a chamber ensemble context. We play a diverse range of music, calling for different skills and stylistic flexibility. We also play for composition and conducting workshops for students. The ensemble played alongside the Maxwell String Quartet which was in residence in 2014/2015, providing an insight into the life of a professional musician. Another ensemble which has provided me with a similar opportunity is the Oxford University String Ensemble. During my first term at university, I shared the leadership. I have performed with the Oxford University Orchestra (OUO) and the Oxford University Philharmonia Orchestra (OUPhil). OUO is conducted by professional musicians; their reputations and rigorous rehearsal discipline creates a professional atmosphere and high standards are achieved. OUPhil is student-conducted, meaning that one has to adapt to a new conductor and be more sympathetic to a less experienced one. Limited rehearsal time requires a large amount of preparation to be done independently. It is a privilege to sing with Schola Cantorum of Oxford under the direction of Jamie Burton. The group’s positive dynamic and enthusiasm for music enables detailed ensemble work. I have also played the violin in various operas and gigs around Oxford, which have featured performances of new and revived works.

Hi Bethan, I just wanted to drop you a quick email to say thanks so much for organising the string quartet. I thought it really added to the ceremony and I very much enjoyed the reception music - I noticed you managed to play almost all of the songs I requested! We were in the Fellows garden taking the attached photo when I heard the Harry Potter theme tune being played which drew lots of appreciative comments from guests when we caught up with them later! Also attached are a few pictures of you in action - thanks for putting up with the cold, it was lovely to be in the Provost's garden! Best Wishes, Kate

Amahl is played by 13-year-old Bethan Rose, a rising star from Abingdon who is Opera Anywhere’s latest ‘discovery’.