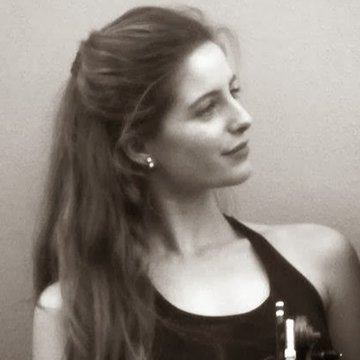 Violinist
London
Public liability insurance of None
Young professional violinist looking for opportunities to perform in London. Eager to meet new people and share her music with others.

Spanish violinist Asia Jimenez Antón de Vez started her musical studies at the age of four. She graduated with honours in the Conservatori del Liceu de Barcelona in June 2015 as a student of Kai Gleusteen while continuing her lessons with Sergey Fatkulin in Madrid. Asia is now studying her Master’s degree in the Royal College of Music in London with Prof. Jan Repko and under the supervision of Prof. Mark Messenger. She has offered recitals in different European countries such as Italy, France, Germany and Switzerland and has been awarded in several Spanish competitions. She has performed in halls such as the Palau de la Música and Auditori de Barcelona. As a soloist she has performed with the Conservatori del Liceu Orchestra, the International Music Festival Orchestra in Córdoba and the Behotsik Orchestra among others. Asia is a keen chamber music musician, member of the Trio Bruckner for four years with whom she performed in venues around all of Spain and took part in festivals such as the Felix Mendelssohn Festival in Hamburg. She is currently involved in the recording of her first CD with KNS Classics. Asia plays a Ferdinand Gagliano kindly loaned by a private benefactor.

Asia was brilliant! Would not hesitate to recommend her.