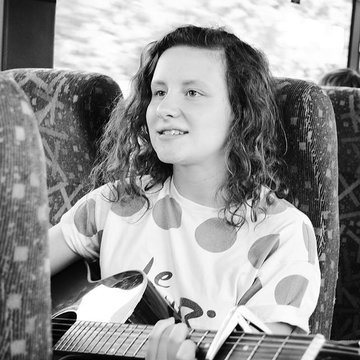 Anna Kent is a final year student at the University of Hull, reading music with principal study viola. Born in Lincolnshire, Anna was a Choral Scholar at Grimsby Minster whilst attending sixth form at Caistor Grammar School where she was awarded both the Governors’ and the Headmaster’s Cups for Music. Anna has performed on BBC Radio 3 with the University Chapel Choir, on BBC Radio Humberside and BBC Introducing. In 2017, she toured Beijing and Tianjin in China with the University’s ‘Ensemble Fractus’. As a student, Anna has also dabbled in composition and she enjoys challenging accepted norms in her works. She has had two pieces premiered at Hull University’s Middleton Hall: Ignis for Piano Quintet and Prose 17 for ‘Cello, Flute, Voice, Vibraphone, and Djembe. Anna has been involved in masterclasses and workshops with several international artists including Fenella Humphreys, Tamsin Waley-Cohen, and the Carducci Quartet. She has been taught by Andrew Berridge, Principal Violist of the BBC’s Scottish Symphony Orchestra, and Vince Parsonage, violist for the Orchestra of Opera North. She plays with the Hull Philharmonic Orchestra and is the Principal Violist for the University Orchestras, in addition to singing with both Beverley Chamber Choir and St Mary’s Beverley Church Choir. Anna also runs the Music Society Choir at University. After recently performing Telemann’s Viola Concerto with esteemed pianist, Libby Burgess, Anna is looking forward to more opportunities for solo performing. She recently performed a solo recital at Grimsby Minster, combining her love for both playing the viola and singing. Anna is looking forward to an upcoming solo concerto performance with the University Music Society’s String Ensemble. A member of Ventnor String Quartet in 2016-17, Anna continues to enjoy a wide variety of musical opportunities. She is the current Sir Robert Beecham Scholar, after gaining the highest mark in her first year of study. She is supported by a Robert Marchant String Scholarship and is grateful to the Benslow Trust for the loan of a Pierre Gouvernel viola.

That is generally fine. Just keep me informed and I will do my best to make it work!

I generally play acoustically, meaning set up time is minimal. It is often useful to have access to the venue around an hour before performance so that acoustics can be tested before guests arrive.

Yes! Whatever works for you.

I can provide everything I need, unless you wish for me to be amplified.

Of course. This will incur a small additional cost due to extra rehearsal and practice time.

Passion, being really into the music, and my infectious love for what I am doing.

The opening of the Beverley Early Music Festival 2017 at Beverley Minster.
Anna

AM
Andrea M
3 years ago, for a Charity event in St James Square

Anna's playing was both accomplished and assured. She produced a rich, warm sound and communicated highly effectively with her audience; an extremely enjoyable recital.

I enjoyed your performance immensely.