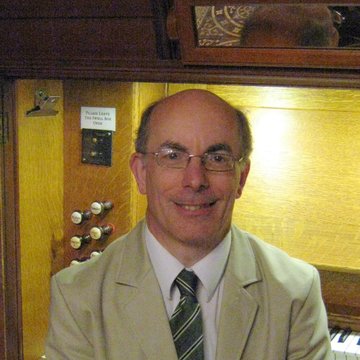 I was an early starter, and have been playing since I was five years old. As my father was also a professional musician, I must have music in the blood! By the time I went to university (Bristol, by the way), I was already working as a church organist. Those three years at Bristol were the making of me as a musician, and I emerged well able to set my professional musical career in motion. Since the launch of my solo concert career at Peterborough Cathedral, I went on to perform at various London venues and in churches and cathedrals throughout Scotland, England and Wales, and undertook a concert tour of Estonia, including two concerts in the capital, Tallinn. After a number of years in Norway as organist in both Lutheran and Roman Catholic churches, including the Franciscan friary in Oslo, I was appointed organist of St. Mary Rotherhithe, London, where for eleven years I was incredibly lucky to play the historic 1764 John Byfield instrument every week, including for the visits of both the Archbishop of Canterbury and the Dean of Westminster. As a result of my practical work on the Rotherhithe organ, I became a specialist in the English eighteenth century organ repertoire 1714-1837, which I cheekily dubbed the 'Gorgeous Georgians' (apologies to Terry Deary!), and at Rotherhithe performed representative works of 31 composers of the period over a six-month series. I have written 'The Gorgeous Georgians', an introduction to the English eighteenth-century organ, its builders and composers, and a detailed (illustrated) history of the Rotherhithe organ. Subsequently, I crossed the border into Scotland, and have my current base at St. Mary's Church, Dalmahoy, just outside Edinburgh, a very popular wedding venue (the church is, after all, in the grounds of a four-star hotel!) I play both organ and piano (just as good on either), and perform at weddings in both churches and secular wedding venues within travelling distance of Livingston. I have become well-known for accommodating special requests, playing the Star Wars Main Theme and Imperial March for a couple who deliberately chose to be married on 'Star Wars Day' (May the Fourth). At a wedding where the bride was Italian, the bridegroom's mother asked me to play the Love Theme from 'The Godfather'. Surprise me with your special request!

We were very pleased with the service we received from Alan. Alan always responded to any queries in the run up to the wedding very promptly and played our two hymns beautifully on the day.

Fantastic, will defiantly use him again.

All of our guests commented on the beautiful ceremony and the fantastic organ playing.

So uplifting and beautiful and joyful. Thank you again for your great talent